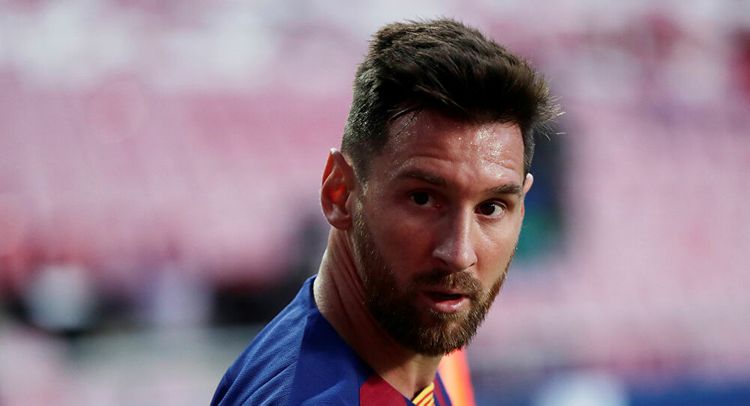 On Tuesday, Spanish football club Barcelona confirmed that its superstar, Lionel Messi, had announced his desire to depart the Catalan club, ending a 20-year career with Camp Nou, as soon as this summer. Rumors suggested that the Argentinian striker could move to England’s Manchester City club, managed by his former coach, Pep Guardiola, APA reports quoting Sputnik.

According to the Spanish outlet, Messi's annual salary at City would be 50 million euros. Under this deal, the 33-year-old Argentinian would play three seasons at the English club, after which he would move to Major League Soccer (MLS)’s New York City FC, for which he would play another two years. Messi would also receive a €250 million bonus for joining the American club.

On Tuesday, Barcelona confirmed that its all-time top-scorer, Lionel Messi, had informed the team of his intention to leave the La Liga club. Messi has a contract with the Catalan club until 2021, with a clause to leave Barcelona at the end of the 2019-20 season, which expired on 31 July.

According to media reports, the striker expressed his desire to go to Man City. Other contenders for the Argentine are reportedly French Paris Saint-Germain and Italian Juventus.

Widely regarded as one of the greatest players in the history of the sport, Messi made his debut with the Barcelona team in 2004, playing for the Spanish club ever since. Together with Barca, the Argentinian won the La Liga ten times and the Copa del Rey six times. In addition, he won the UEFA Champions League four times.