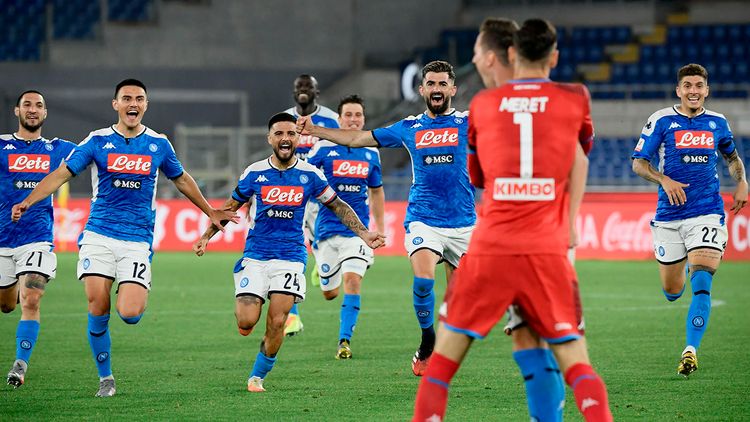 The Coppa Italia title is headed to Naples after Napoli denied Cristiano Ronaldo, Gianluigi Buffon and Juventus the crown on Wednesday in Rome. Napoli defeated Juve 4-2 on penalty kicks after a scoreless regulation in the Coppa Italia final. Napoli had the better chances, and with no extra time as a new rule for this season's competition, the underdogs took home the title, APA reports quoting CBSsports.

Juventus goalkeeper Buffon saved his team several times in regulation including twice in added time, but it was not enough as Juve missed its first two spot kicks after regulation. Juventus coach Maurizio Sarri was facing his former team yet couldn't get the better of them, losing his second cup final with the team after losing the Italian Super Cup to Lazio earlier in the season.

Juve's first penalty taker, Paulo Dybala, had his shot saved by Alex Meret, and Danilo, the second taker for Juve, sent his shot over the bar. Napoli made all four of their attempts to shut the door and take home the coveted domestic cup.