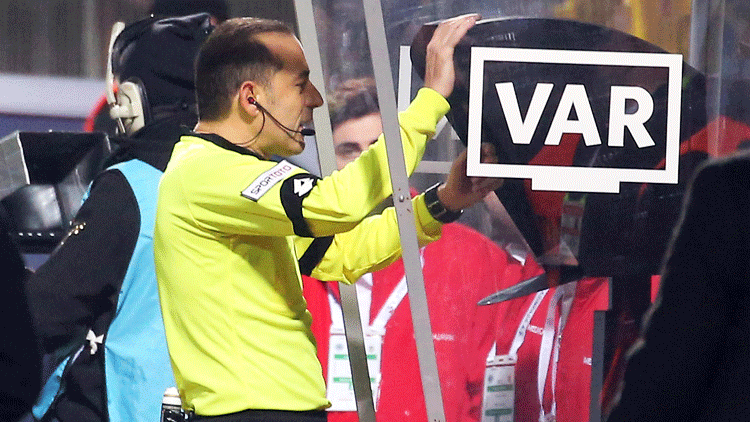 Among them, the differentiation of arm and shoulder.They are effective from the 1st of June.

These are the changes.

– when a match is defined in penalty shootouts, the cards applied to players during normal time and overtime will not be considered in penalties;

– in penalty kicks, if the goalkeeper commits an infraction, the first warning will be verbal and, if there is a repeat, a yellow card will be applied;

– yellow card for the player who does not respect the 4 meters distance on the ball to the ground;

– Goalkeepers will not be penalized for any infraction if, after the execution of a penalty, the ball did not enter the goal or recover from it (without being touched by the goalkeeper), unless the attack clearly affects the goalkeeper. Before, under the rule, the penalty should be taken again if the goalkeeper went ahead and the kicker took the crossbar, out or there was a defense;

– the “accidental” hand of an attacker or teammate will be scored if contact occurs just before scoring a goal or a clear chance.

– infraction by hand: the upper limit of the arm coincides with the lowest point of the armpit. That is, the region of the short sleeve of the shirt is considered not “hand; in the terms used by IFAB,” the end of the shirt sleeve “.

For competitions that start before June, or would start, like the Brasileirão, the national entity will define whether to adopt the new rules at the beginning of the competition or next season.

According to columnist for Lei em Campo, Renata Ruel, “the IFAB always aims to make football more attractive and fair with the changes made. It realized that the previous rule punishing goalkeepers with yellow cards in certain circumstances in penalty shootouts was detrimental to the spectacle. and was humble in promoting changes. Clarifying which part is considered a shoulder and arm for scoring an infraction is essential to discern some moves, including in the VAR. There were not so many changes, but some were significant for the game to unfold. “

It is always important to repeat that the sport lives in constant evolution and transformation. But these only appear when provoked. The provocation can appear as a way to improve the game, or make it safer for those who play. And it appears in different ways, from lawsuits, tragedies, and also to make it more interesting and fair. This understanding is fundamental in Sports Law. And to the game organizers ..