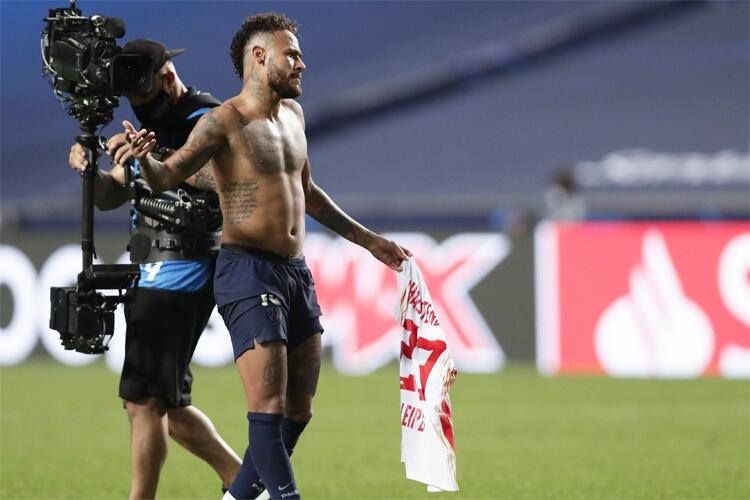 Paris Saint-Germain forward Neymar could be forced to isolate for 12 days and hence miss the Champions League final after swapping shirt with an RB Leipzig player after the semi-final on Tuesday, APA reports citing Times Now.

In the UEFA Champions League semi-final match against RB Leipzig on Tuesday, Neymar looked in sensational form but at the end of the match, he did something that may see him being banned from the final of the competition.

After PSG completed a 3-0 win over Leipzig to enter their maiden UEFA Champions League final on Tuesday, Neymar was spotted trading his shirt with the German club's Marcel Halstenberg. As per the coronavirus protocol set by UEFA, swapping shirts isn't allowed.

While Neymar clearly decided against following the protocol, the non-compliance may lead to the UEFA committee taking disciplinary action against the Brazilian.

Note that the protocol suggests that a player found guilty of swapping shirts with another team's player could be required to undergo self-isolation for 12 days. If that happens, Neymar will not be able to face the winner of Bayern Munich vs Lyon showdown in the final on Sunday.