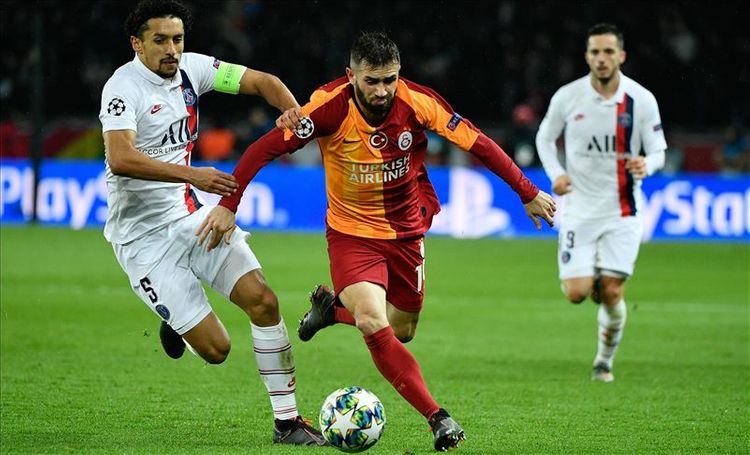 During the match at Parc des Princes stadium in Paris, the home team scored their first two goals in the first half, with one by Mauro Icardi in the 32nd minute and one by Pablo Sarabia in the 35th minute, with Neymar scoring in the 47 minute, Kylian Mbappe in the 63rd minute and Edinson Cavani in the 84th minute from a penalty shot.

Galatasaray and Club Brugge were fighting for a ticket to Europe's second-tier tournament, the Europa League.

Following its defeat, Galatasaray is at the bottom of the group with 2 points, while Club Brugge is in third place.

Real Madrid and PSG qualified for last 16 while Club Brugge moved to the Europa League.

Before the match, PSG fans attacked Galatasaray fans in Paris. Turkey’s Ministry of Youth and Sports condemned the attack.

Meanwhile, Real Madrid also beat Club Brugge 3-1 in an away match on the last match day in Belgium.

Galatasaray was disappointed by Club Brugge with a very late equalizer during the fifth Group A match, which ended in a 1-1 tie.

PSG and Real Madrid have already qualified for the final 16 phase in the Champions League.