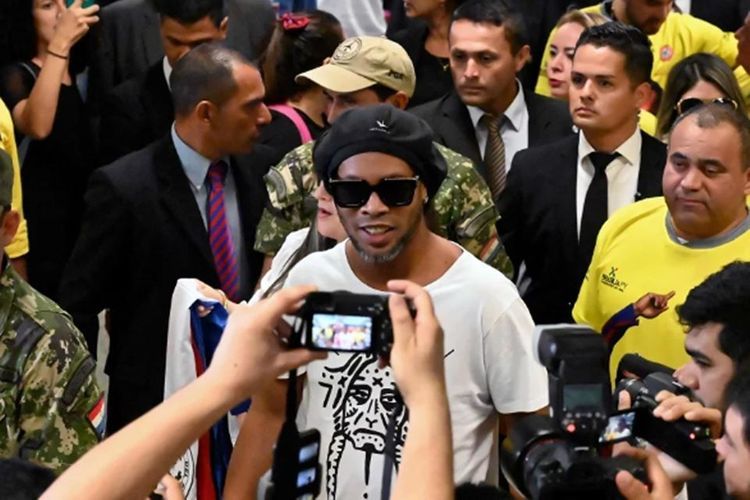 Former Brazil and Barcelona forward Ronaldinho Gaucho was arrested in Paraguay on Friday for attempting to enter the country with an adulterated passport, Paraguayan police said, Apa Sport reports.

Gilberto Fleitas, the head of the investigations unit of the Paraguayan police, said Ronaldinho and his brother were taken into custody just hours after a judge refused to ratify a prosecutor’s proposal for an alternative punishment.

“The detention order has been carried out,” Fleitas said.

TV pictures showed the pair being taken in a police vehicle from the Sheraton hotel in Asuncion to a police station on the outskirts of the city.