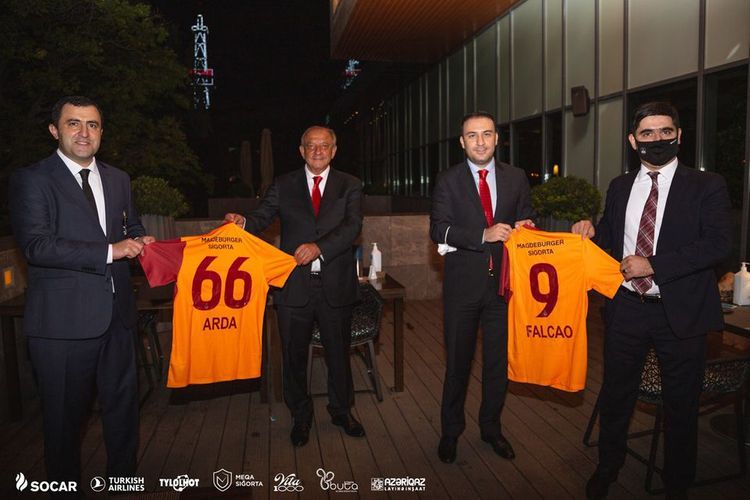 A meeting has been held between heads of Neftchi FC and Turkey’s Galatasaray FC that will face off in the II qualification stage of the European League, APA reports.

After the meeting, the senior officials presented memorable gifts to each other.

While President of Neftchi club Kamran Guliyev presented to his counterpart a carpet with logos of the two clubs depicted on it, the official of Galatasaray FC gave uniforms of their footballers Arda Turan and Radamel Falcao.

Note that today, Neftchi – Galatasaray match that will be held today at Baku Olympic Stadium will start at 08:00 p.m.