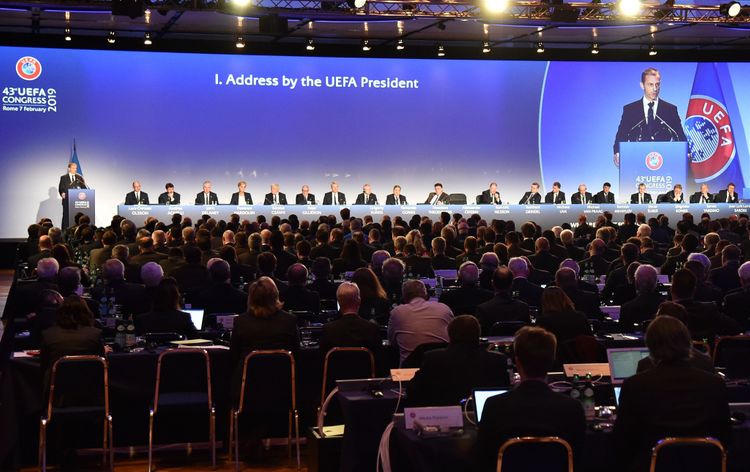 The Union of European Football Associations (UEFA) has decided on Thursday to relocate its scheduled 2021 Congress meeting in Belarus to Switzerland, according to UEFA’s press office statement.

"The [UEFA Executive] Committee also decided that all corporate UEFA meetings in the next six months will be hosted in Switzerland due to the current restrictions and in order to reduce the organizational burden on UEFA’s operations," the statement reads.

The Ordinary UEFA Congress meeting was initially scheduled to be hosted by the Belarusian capital of Minsk on March 2, 2021.

The Union of European Football Associations announced on March 17 a decision to postpone the 2020 UEFA Euro Cup for exactly one year as a preventive measure against the ongoing global spread of the novel coronavirus. The championship was rescheduled to be held between June 11 and July 11, 2021.