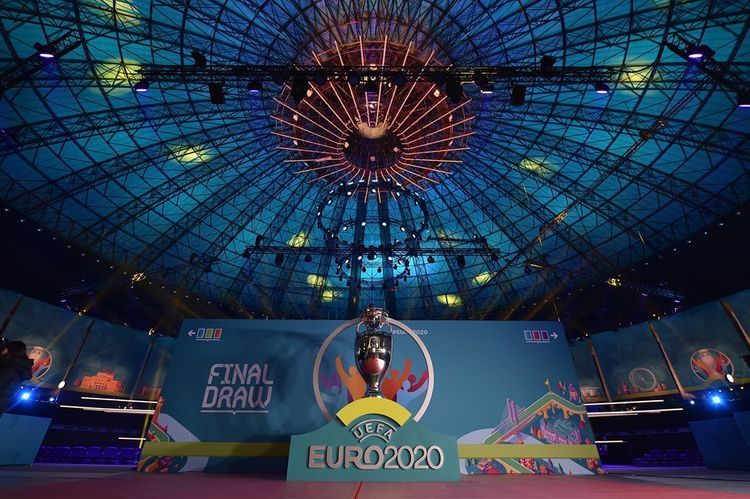 Group A matches will be played in Rome and Baku.

Twenty national teams have already been confirmed to take part in the competition.

Sixteen other teams will compete in playoffs for the last four tickets to the EURO 2020 football tournament, as the playoffs phase is set to begin in March.

The groups are as follows:

Group E: Spain, Poland, Sweden and one of Slovakia, Bosnia-Herzegovina, Northern Ireland or Republic of Ireland

The EURO 2020 finals will be held in 12 different countries across Europe from June 12 to July 12 for the first time in the tournament's history.

12 host cities are divided into six groups for the tournament. Each group will consist of 4 teams.

Host cities with their groups are as follows:

Group A: Rome and Baku (Azerbaijan)

Group B: Saint Petersburg and Copenhagen