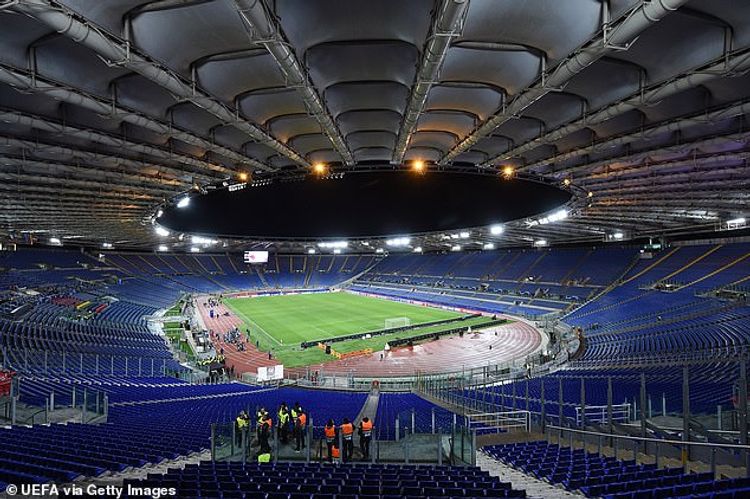 UEFA have begun talks about altering the multi-country format of next summer's rescheduled European Championship, amid concerns many of the host cities may not want to stage matches any more, APA-Sport reports citing Sportsmail.

Sportsmail can reveal that the Spanish and Italian FAs have expressed doubts about honouring commitments to host games in Bilbao and Rome respectively, given the large coronavirus death tolls and economic suffering they have experienced.

In addition, a number of the other 10 stadiums selected to host games by UEFA have pre-existing bookings next summer that may impact their availability.

The FA remain committed to next year's tournament, with Wembley due to stage all three of England's group matches, as well as both semi-finals and the final, but have been forced to cancel a lucrative programme of summer gigs due to scheduling clashes.

Other host venues, which include Hampden in Glasgow, Dublin's Aviva Stadium and the Amsterdam Arena, are understood to have similar clashes.

UEFA insisted they remained committed to the multi-country format when announcing the postponement of the tournament last month, but their position has begun to shift.

It is understood that UEFA president Aleksander Ceferin has never been enthusiastic about the pan-European nature of the planned event, which he inherited from the disgraced regime of predecessor Michel Platini and, given the potential logistical problems caused by the impact of coronavirus, the number of hosts may be scaled back.

'Euro 2020 is foreseen to take place between June 11 and July 11, 2021, with the intention of having the same match schedule and the same host cities,' a UEFA spokesman said.

'However, at this stage the match schedule has not been officially confirmed. UEFA is in contact with all 12 host cities and further announcements will be made.'

The loss of a full summer of non-sporting events will be another financial hammer blow for the FA, who are projecting huge losses as a result of coronavirus, which chief executive Mark Bullingham said earlier this week would range from £100million to £150m.

As a result of its central role as European Championship hosts, there are few other events lined up for Wembley this summer, with just one Westlife gig and two from the Eagles scheduled for August. The FA were instead planning to cash in next year with a big programme of concerts.

The women's European Championship was also due to take place in England next summer, a tournament that has also been put back 12 months, but only the final was due to be held at Wembley.