UEFA president Ceferin: 80% of the national leagues will be completed 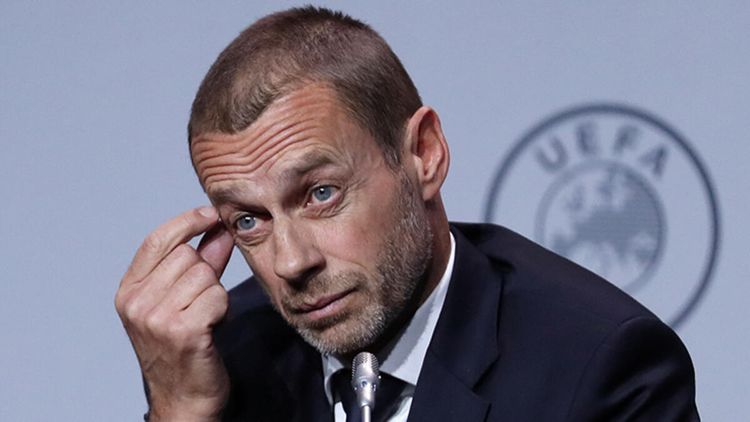 UEFA President Aleksander Ceferin has claimed ’80 percent’ of the national leagues will be completed and has confirmed a ‘concrete plan of finishing the European season’, together with planned amendments for the FFP, APA-Sport reports.

The UEFA chief, who personally felt Ligue 1 was ‘prematurely cancelled’, insists the respective governments’ decisions won’t affect the European Cups and has confirmed that the Financial Fair Play rules will be amended due to the financial crisis in Europe.

“The situation is extraordinary, and we will not pretend it’s not,” he told beIN Sports. “We will adapt the Financial Fair Play system, but the final decision, in which direction we will do it is not decided.

“So yes, we will adapt it. We think it’s important to adapt it, because the situation for the clubs is not easy and we are all in the same boat here.”

But aside from the financial aspect, the President reassures fans that UEFA has intentions of finishing the current campaign, still involving Juventus, Napoli, Atalanta and Roma from Serie A.

“We have a concrete plan of finishing the European season. I think most of the leagues will finish the season. The ones who will not, it’s their decision, but they will still have to play qualifiers if they want to participate in UEFA competitions.

“We have to wait for the executive committee of UEFA to confirm the dates, but I can say that the European season will be finished if everything is like it looks now in August.

“As things look now, I’m sure we can finish the European season and that means UEFA Competitions. The national leagues are a separate thing and they will decide separately how they want to proceed but as I said before; I think at least 80 percent will finish the season.”

The qualifying rounds for the European Cups usually start in June or July, but Ceferin is sure UEFA doesn’t have to adapt their calendar.

“For now, it looks like the calendar will not be much affected, especially the calendar of UEFA competitions. The calendar is very dense, and we don’t have much space to change things and my opinion is that it will stay the same. About the national leagues, it’s hard to say now.

“Some say they are thinking of starting a bit later, some will start normally, it’s too far. For European competitions, for the Europa League and the Champions League, we are of the view that it should stay the same.

“Maybe a day or two difference, but in principle it should, and I think it will stay the same.”