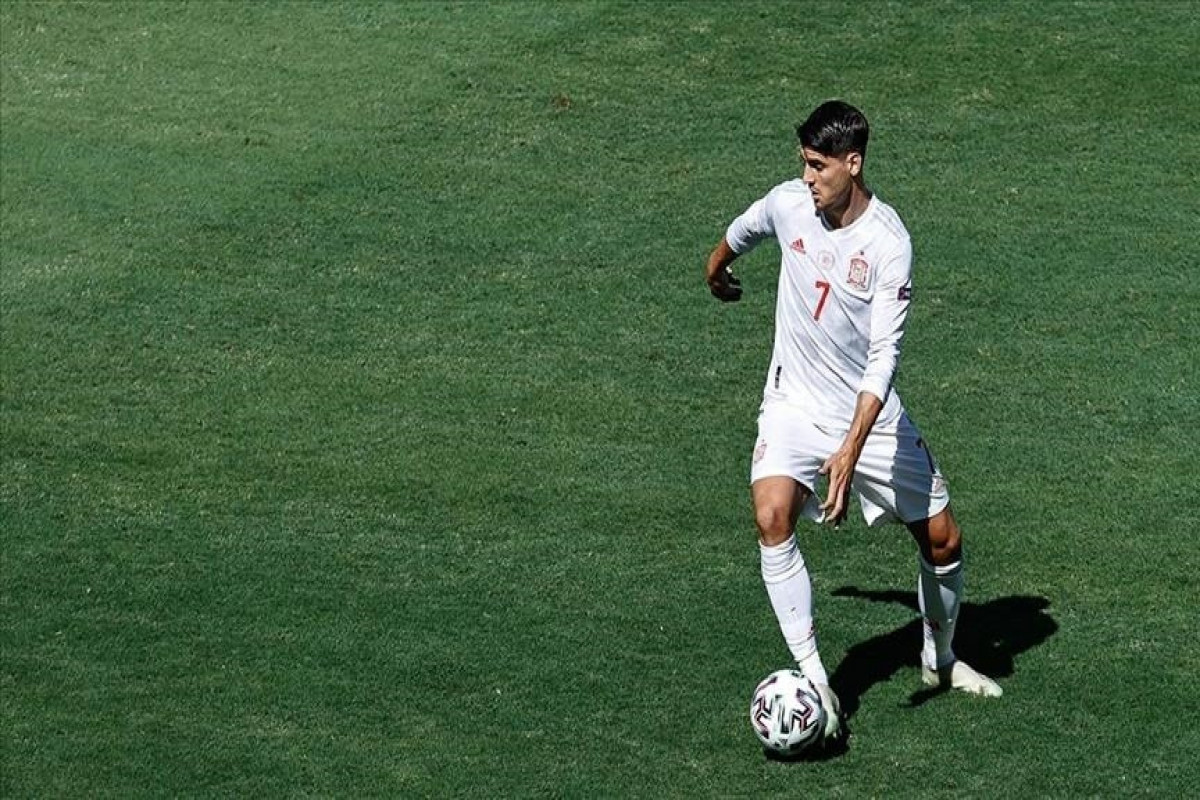 Spain booked their places in the UEFA EURO 2020 quarterfinals on Monday with a breathtaking 5-3 victory over Croatia, APA reports quoting Anadolu Agency.

Croatia took the lead in the 20th minute in a Round of 16 match in Copenhagen's Parken Stadium as Spanish forward Pedri scored an own goal.

Pedri was near the center circle to pass the ball back to Spanish goalkeeper Unai Simon. But the 24-year-old missed kicking the ball, which bounced beyond him to make its way into the Spanish net, a gift to the Croatians.

But Spain made things level in the 38th minute. Midfielder Pablo Sarabia followed the rebound in the area to fire a left-footed strike as his fierce shot beat Croatian goalkeeper Dominik Livakovic.

Following Sarabia's goal, the teams went to their dressing room with a 1-1 draw, but the second half saw great drama.

Spain came back in the 57th minute as defender Cesar Azpilicueta scored a header in the six-yard box right after a cross whipped by Ferran Torres from the left flank.

Torres doubled the gap for Spain in the 77th minute after taking advantage of the Croatian defense's mistake. He had a through ball after Pau Torres' pass from a free kick to finish in the box.

But Croatia did not give up. They made it 2-3 in the 85th minute as midfielder Mislav Orsic's close-range shot in a scramble in front of the Spanish goal crossed the goal line. This goal – checked on the Video Assistant Referee (VAR) system – boosted the Croatians' hopes.

Mario Pasalic scored the equalizer for Croatia with a header in the 92nd minute. Orsic crossed the ball to assist Pasalic.

Spain seemed in a shock at being unable to keep its lead.

But the Spanish national team scored two goals in the first half of the extra time.

In the 100th minute, forward Alvaro Morata fired a left-footed strike to make it 4-3 for Spain.

After Croatia’s elimination, EURO 2008 and 2012 champions Spain will play against France or Switzerland in the last eight.