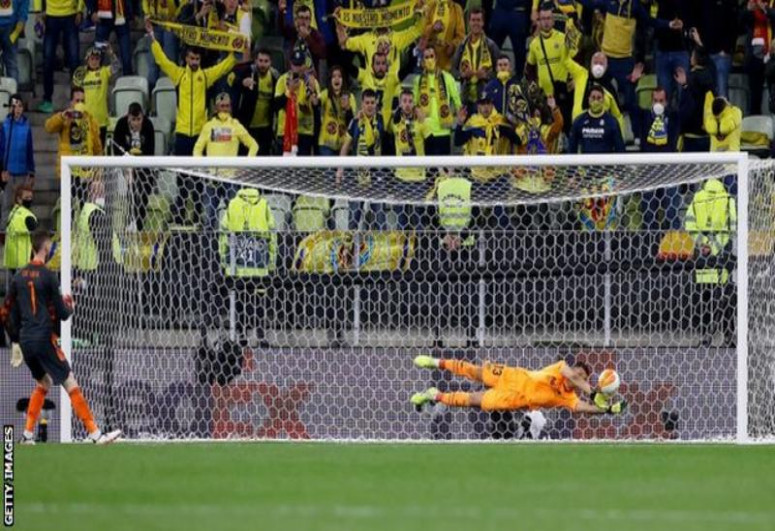 This was a disappointing contest lacking in quality and producing only three shots on target across 120 minutes - but drama arrived with the spot-kicks.

All 20 outfield players converted their penalties in the longest shootout in a final of any Uefa competition, and in an increasingly tense stadium Villarreal goalkeeper Geronimo Rulli blasted home his effort and then denied De Gea, who was crestfallen at the end.

It gave Villarreal a first major trophy in their history and saw former Arsenal boss Unai Emery lift the Europa League for an unprecedented fourth time.

However, on the anniversary of both Sir Matt Busby's birth and the epic Champions League final in 1999 that earned Ole Gunnar Solskjaer hero status among the Old Trafford faithful, there was to be no new 26 May landmark as United complete a fourth year without silverware.

United simply did not do enough, despite the massive gulf in transfer fees and salaries between the two clubs.

Solskjaer's side did not start well and fell behind to a soft goal from Gerard Moreno.

Edinson Cavani dragged United level 10 minutes into the second period after a Marcus Rashford shot had been deflected into his path, but United failed to build on that momentum and by the end Solskjaer was introducing Juan Mata and Alex Telles purely to take penalties in the shootout.

Both players scored. Although given De Gea had failed to save any of the previous 21 penalties he had faced, maybe Solskjaer should have followed the example of former United boss Louis van Gaal, who famously brought on Tim Krul purely for a shootout at the 2014 World Cup, which the Netherlands went on to win