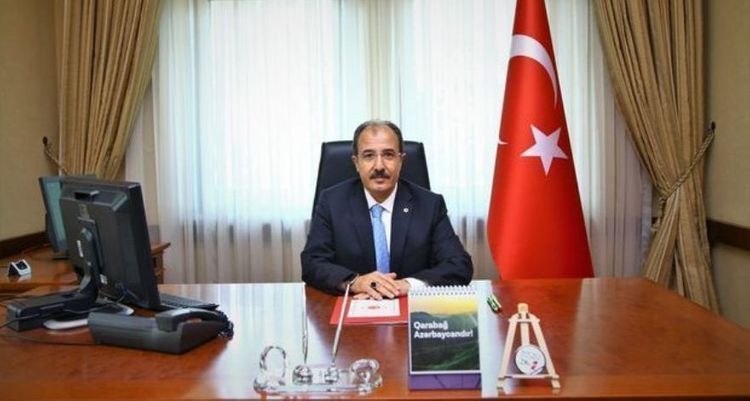 The Ambassador noted that recently, great progress has been recorded in all spheres of Azerbaijani-Turkish relations: “After the Baku-Tbilisi-Ceyhan oil pipeline and the Baku-Tbilisi-Erzurum gas pipeline, the Trans Anatolian Gas Pipeline (TANAP) and the Trans Adriatic Gas Pipeline (TAP), which have regional and global importance in terms of security of supply and diversification in the energy sector. The Baku-Tbilisi-Kars railway is also a project that has significant potential for the development of transport networks in the region under the leadership of Turkey and Azerbaijan. Our bilateral cooperation has already crossed the border of benefits only for Turkey and Azerbaijan and opened the way for regional cooperation. Turkey and Azerbaijan have joined forces to contribute to the security and stability of the region."

C.Bagchi noted that it is a big part for him to work as an ambassador in Baku during a period of close bilateral cooperation and the creation of new opportunities: "Together with all my colleagues, representatives of relevant organizations and civil structures, realizing the importance and responsibility of this task, we will diligently, seriously, work carefully, selflessly, making every effort to strengthen our relationship. These efforts of our embassy are supported by our consulates in Nakhchivan and Ganja, as well as the honorary consulate in Lankaran. We, the official representatives of Turkey in Azerbaijan, will make efforts for strong cooperation between Azerbaijan and Turkey, as well as provide support to the citizens of Turkey in Azerbaijan."