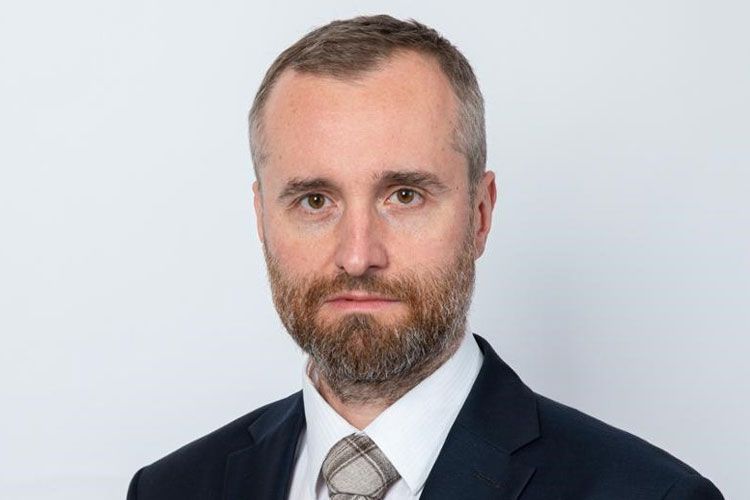 Ambassador Extraordinary and Plenipotentiary of the Republic of Poland to Azerbaijan Rafal Poborski's interview with APA.

-Mr. Ambassador, as we know today is the fatal disaster's 10th anniversary when late President Lech Kaczyński died in the Smolensk air crash. He was great friend of Azerbaijan and his immediate goals were to strengthen and enhance friendly relations and cooperation between the two countries. What do you think is his legacy continued?

Indeed, today in Poland we celebrate the 10th anniversary of the Smolensk plane crash. On 10 April 2010, a special TU-154M plane with the President of Poland Lech Kaczyński and the First Lady Maria Kaczyńska on board took off from Warsaw to Smolensk. The delegation headed to Katyn in order to pay tribute to the victims of mass executions carried out in the Katyn Forest, Mednoye, Kharkiv, Bykivnia and Kuropaty by NKVD in Spring 1940 under the order of the Soviet Union’s highest authorities. The Katyn massacre took lives of the Polish prisoners of war, among whom were officers, academics, clergymen of all faiths, civil servants and officials, representatives of free professions and entrepreneurs - members of the interwar Polish elite. The delegation heading for the Katyn celebrations on 10 April 2010 also consisted of representatives of the Polish elite, including members of the highest state authorities, representatives of various social circles and religious denominations, high-ranking military commanders holding diverse political, social and religious beliefs. All 96 passengers died in the plane crash which took place upon landing at the airport at Smolensk. The Katyn massacre and plane crash in Smolensk are two symbols of tragic events in the history of Poland.

It is true and worth to underline that late President of Poland Lech Kaczyński was a great friend of Azerbaijan and its nation. He believed in the power of international law and therefore advocated sovereignty and territorial integrity of Azerbaijan and other post-Soviet states. He also supported pro-European tendencies in Azerbaijani foreign policy. President Kaczyński  was among founders of the Energy Summits taking place also in Baku, as he supported Azerbaijani natural gas and oil presence on European energy market. His warm feelings towards Azerbaijan were reciprocated and he was awarded the Heydar Aliyev Order in 2009 and Baku Slavic University Honoris Causa title in 2007.

Thus, Polish and Azerbaijani leadership have built good and friendly ties in the past and I truly believe that the legacy of late President Kaczyński continues thanks to Presidents’ Andrzej Duda and Ilham Aliyev close relation. Azerbaijan still plays a very important role in our foreign policy. In January we witnessed a meeting of our Presidents in Davos. Moreover, President Andrzej Duda paid a visit to Azerbaijan in May 2019. Poland continues to support territorial integrity of Azerbaijan and calls for peaceful resolution of Nagorno-Karabakh conflict. We advocate energy security and diversification in Europe, we are engaged in developing transcontinental transport corridors. Last but not least, Poland supports cooperation of the European Union with Azerbaijan within the framework of the Eastern Partnership. These are examples of late President Lech Kaczyński’s legacy.

-Mr. Poborski, it is not long time that you has been appointed as Ambassador to Azerbaijan. You are new in Azerbaijan, so, first of all, let me ask you about your impression on this country?

You are right. I am new in Azerbaijan but Azerbaijan is not new to me. Before coming to Baku at the beginning of this year I have spent 3,5 years holding position of the deputy director of the Polish MFA Eastern Department. Azerbaijan was one of the countries in my portfolio, along with other South Caucasus and Central Asia states. Therefore, I had many opportunities to visit Baku and cooperate with Azerbaijani colleges on the issues of common interest but also to get knowledge of regional and broader dimension that influence our cooperation. Of course, dealing with the country in the capital and being in that particular country are two different stories but I find my previous experiences very useful now when I have an honour to represent Republic of Poland in Azerbaijan.

-Mr. Ambassador, recently I read an op-ed claiming that relations between Azerbaijan and Poland is not close as it was in first decade of 2000. How would you assess the current status of relations between both countries?  And what is your aims in order to further strengthen ties between Poland and Azerbaijan?

I think that we should not look at this issue from that perspective. We are still close to each other but the international environment has changed. This of course, determines in different ways foreign policy of both countries. In the first decade of XXI century we did not have so many asymmetric threats like migrations, radical political movements, economic instability, disinformation or pandemic. Nevertheless, since 2015 our relations have received new dynamic and new ideas.

For example – transport corridors East-West and South-West which link Asia trough Baku with Polish multimodal terminal in Sławków and further Europe. This is a project of common interest and I am sure it will be continued as it is a real example of cooperation between Poland and the Eastern Partnership countries – Azerbaijan, Georgia and Ukraine, that brings benefits to all parties involved.

Another example – twinning programs. We have already finished a twinning program between Polish Supreme Audit Office and Azərbaycan Respublikası Hesablama Palatasının. Both institutions underline how successful and beneficial the program was. But even earlier we had other similar projects in agriculture, in human rights, etc.

We have also decided to open Trade Office in Baku as Azerbaijan was selected to be one of the most promising markets for Polish export. Thanks to business relations Polish companies are building their brands on local market and I can see many Polish products in Baku shops.

In P2P dimension we offer many educational opportunities for Azerbaijani students in our country. Every year there are more and more young people coming to study in Poland. On the other hand the potential of tourism is still not fully used. I am sure that many Poles would be delighted to visit Azerbaijan and as many Azeri would gladly discover the richness of my country. We have plenty to offer to each other and it is our common duty to make use of existing opportunities.

Hence, in my opinion we should work over developing current potential and together look for new opportunities. This is important especially now when coronavirus pandemic is spreading. Poland is ready to export its food and agricultural products as well as medicines or other important equipment or services. We have launched a dedicated internet platform Anti-COVID Offer by Polish Business, which could be useful for Azerbaijani partners for reducing any possible shortages. We are open any time for any requests from Azerbaijani side.