Ambassador: "Senate's resolution on "Armenian genocide" is no a reflection of the US Administration policy" 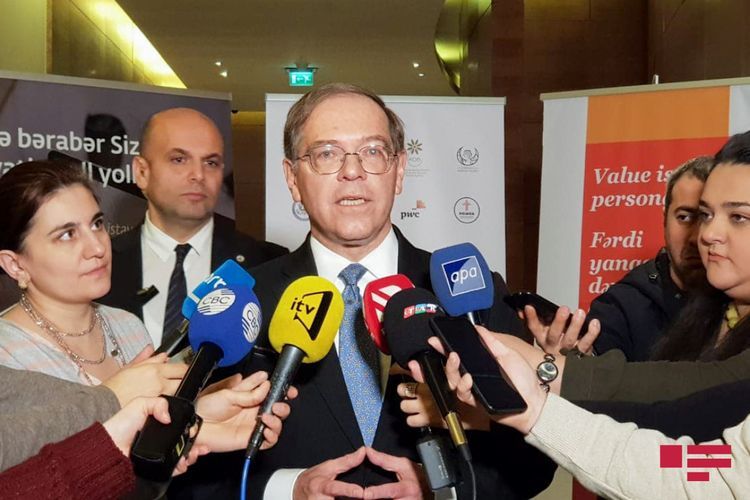 Extraordinary and Plenipotentiary Ambassador of the United States of America to the Republic of Azerbaijan Mr. Lee Earle Litzenberger has commented on the US Senate resolution on describing the 1915 events as an "Armenian genocide", APA reports.

Mr. Lee Earle Litzenberger said that the resolution that the Senate passed is an act of Congress, the juridical branch, so is not a reflection of the US Administration policy.

“Senate has already stated fully and clearly its opinion on this issue. This means that we should already take it into account. The USA and Turkey are allies in the framework of NATO. We are friends and partners. We will continue this partnership”, the US ambassador noted.