Ambassador: “We express our respect to people who didn’t trampled down US and Israel flags in Tehran” 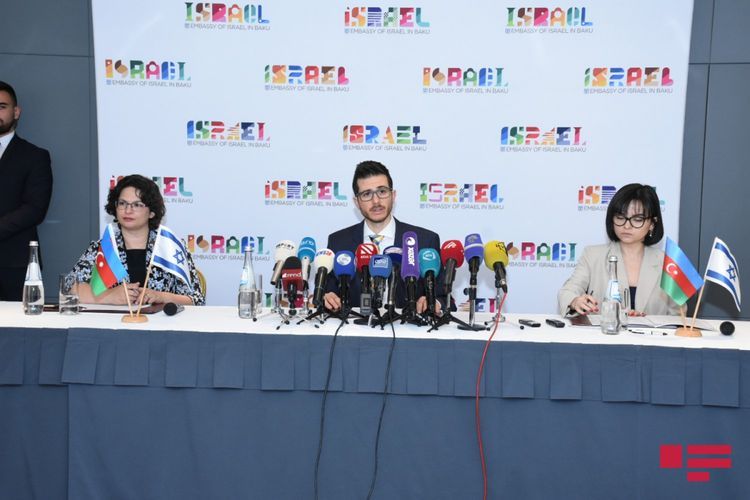 “Iran has been trying to erase Israel from the world map for decades. The “Death to Israel” calls are voiced in Iran”, said George Deek, Israeli Ambassador to Azerbaijan at the press conference held today, APA reports.

The diplomat said Iran assisted terrorist groups in the region and tries to create instability in the region by means of those groups.

“We respect the Iranian people and support their fight against the regime. The Iranian regime got engraved the US and Israeli flags on the ground in Tehran streets so that they would be trampled down. But people didn’t do this. We express our respect to those people. The taxes collected from people are spent on terrorism, on Qasem Soleimani’s activities, instead of being spent on construction of schools and hospitals. This is a shameful case”, the ambassador stressed.