Azerbaijani FM comments on possibility of meeting with Armenian counterpart 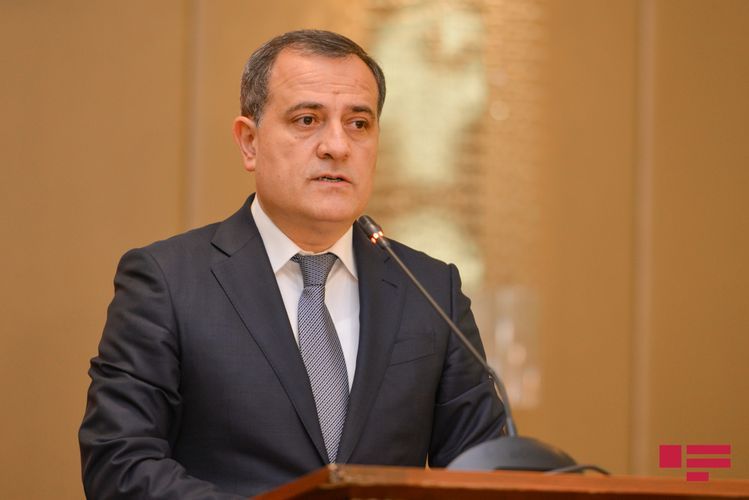 “The co-chairs want to organize a meeting this fall between the foreign ministers of Azerbaijan and Armenia. However, the actions of Armenia actually reduced the efforts of the mediators to nothing,” said Azerbaijani Foreign Minister Jeyhun Bayramov in an interview with TASS news agency while answering to the question how does Azerbaijan assess the progress of the negotiation process to resolve the Nagorno Garabagh issue, APA’s Moscow correspondent reports.

According to the minister, Armenia's undermining of the conflict settlement process in the Nagorno Garabagh region and other occupied territories of Azerbaijan is not limited only to the military attack on July 12: “The leadership of this country undermines the chances for the resumption of negotiations, stating the need to consolidate the results of the war, excluding the possibility of liberation of territories, threatening to strike at Azerbaijani settlements, continuing the policy of illegal relocation of the occupied territories. This list of aggressive statements and provocative steps of the Armenian side can be continued. In such circumstances, it would be premature to talk about the dates of the meeting of the foreign ministers.

We expect from the OSCE Minsk Group co-chairs the guarantees of the readiness of the Armenian side to conduct substantive negotiations on the liberation of the occupied territories of Azerbaijan and the elimination of other consequences of the armed conflict, as provided for by four UN Security Council resolutions of 1993 and the decision of the 1994 OSCE Budapest Summit. The implementation of such agreements will make it possible to begin further consideration of political issues.”