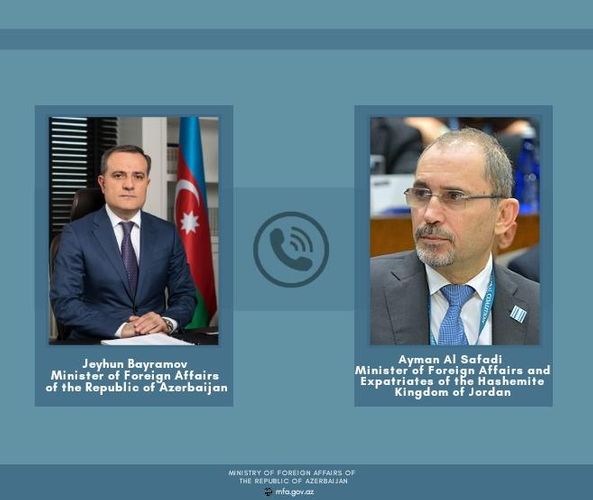 The Ministers exchanged views on the latest situation in the region and the signing of a trilateral statement on the Armenia-Azerbaijan Nagorno-Karabakh conflict. Minister Jeyhun Bayramov stressed that the joint statement was based on international law and UN Security Council resolutions.

Minister of Jordan Ayman al-Safadi welcomed the agreement, which called for a complete ceasefire and a cessation of all military operations in the conflict zone. He stressed the importance of respecting international law to ensure lasting peace in the region.

The sides also discussed other issues of mutual interest.