Azerbaijani FM meets with Head of ICRC Delegation in Azerbaijan 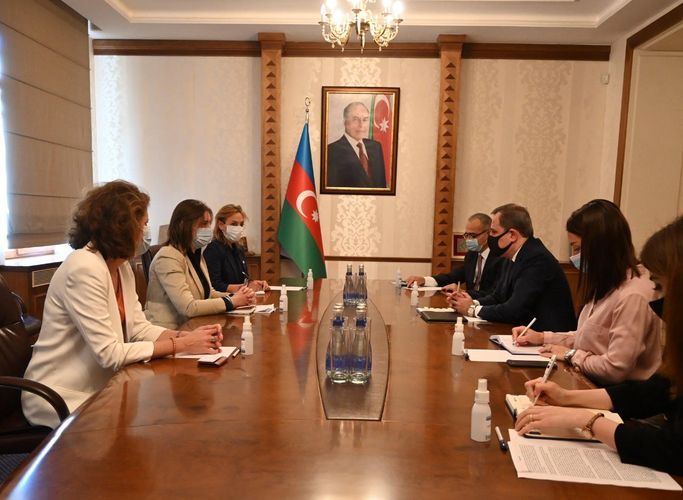 On September 18, 2020, Minister Jeyhun Bayramov met with Elena Aymone Sessera, Head of the International Committee of the Red Cross Delegation in Azerbaijan. During the meeting, it has been noted that Elena Aymone Sessera completed her tenure in Azerbaijan and the new Head of Delegation Ariane Bauer was introduced to Minister Jeyhun Bayramov, Press Service Department of the Ministry of Foreign Affairs of the Republic of Azerbaijan told APA.

Minister Jeyhun Bayramov expressed appreciation for the activities of Elena Aymone and noted with satisfaction the humanitarian projects implemented in cooperation with the ICRC. The Minister also wished the new Head of the ICRC Delegation in Azerbaijan success in her future endeavours.

Speaking about the grave consequences of the Armenia-Azerbaijan Nagorno Karabakh conflict, including the violation of the fundamental rights of hundreds of thousands of people, systematic violation of the basic norms and principles of international humanitarian law by the aggressor state Armenia and the targeting the civilians and infrastructure, the Minister paid a special attention to the condition of Dilgam Asgarov and Shahbaz Guliyev, which is under the direct mandate of the ICRC.  He stressed that Armenia did not accept the position of Azerbaijan on exchange of captives and hostages on the basis of the principle of "all for all" based on the norms of humanitarian law. The importance of increasing the efforts of ICRC to solve this issue has been noted.

In their turn, the ICRC representatives noted that they were constantly interested in the condition of Dilgam Asgarov and Shahbaz Guliyev within their mandates and informed their families accordingly.

During the meeting, the Minister also informed the ICRC representatives about the latest tensions in the region and the purposeful provocative activities of the Armenian leadership and the serious damage caused to the settlement of the conflict through negotiations.s 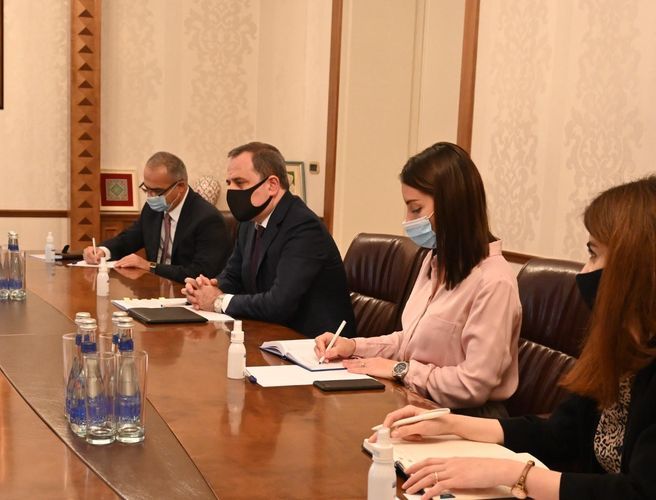 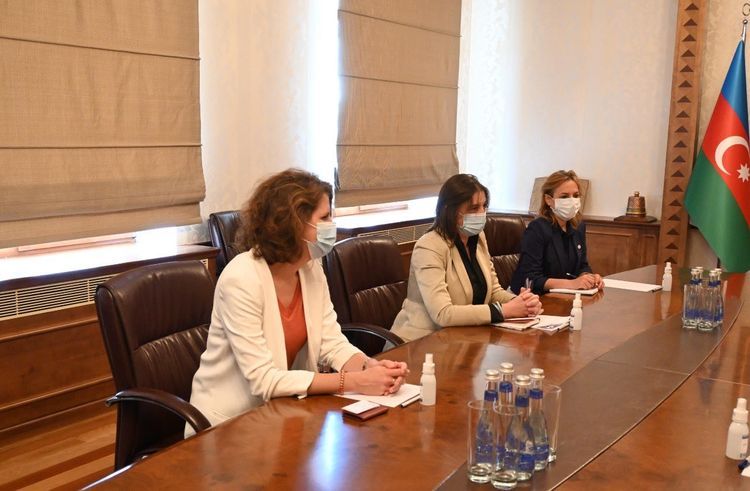