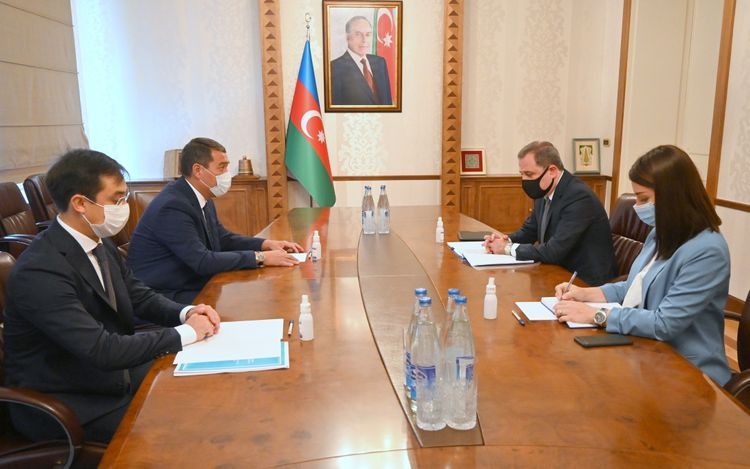 On September 4, Azerbaijan's Foreign Minister Jeyhun Bayramov has received Serzhan Abdykarimov, the Ambassador of the Republic of Kazakhstan to the Republic of Azerbaijan, Foreign Ministry of Azerbaijan told APA.Minister Jeyhun Bayramov spoke with satisfaction about the high-level relations developing between the two countries based on common historical, cultural, and religious ties. It was noted that the friendly and cooperative relations established by the national leader of Azerbaijan Heydar Aliyev and the first President of Kazakhstan Nursultan Nazarbayev since the first years of independence are now being successfully continued by the current heads of states.The sides exchanged views on the currently developing relations between the two countries in the political, economic, trade, humanitarian, cultural, scientific, educational, and other fields, as well as the opportunities for further expansion of existing ties.In addition to successfully developing cooperation relations at the bilateral level, the sides discussed issues of ongoing cooperation and mutual support on multilateral platforms, including the Turkish Council, TRACECA, and other organizations.

Minister Jeyhun Bayramov briefed his interlocutor on Armenia's aggressive policy, which is a major threat to security in the region, including the recent military provocation by Armenia on the Azerbaijan-Armenia border and the tense situation in the region. Minister J.Bayramov noted that the only way for ensuring lasting peace, security, and prosperity in the region is the withdrawal of armed forces of the aggressor state Armenia from the occupied Nagorno Garabagh region of Azerbaijan as well as seven adjacent regions, as required by the UN Security Council resolutions and relevant decisions and documents of other organizations.

Ambassador expressed gratitude for the warm reception and delivered the congratulations of the Minister of Foreign Affairs of the Republic of Kazakhstan to the Minister Jeyhun Bayramov on his appointment and his best wishes in his activities.

He expressed confidence that the existing cooperation for the implementation of a number of issues on the bilateral cooperation agenda will continue at a high level.

As for the Armenia-Azerbaijan conflict, Ambassador Serzhan Abdykarimov stressed that Kazakhstan supports the peaceful settlement of the conflict in accordance with UN Security Council resolutions and within the framework of the OSCE Minsk Group.

The sides also discussed the other issues of mutual interest. 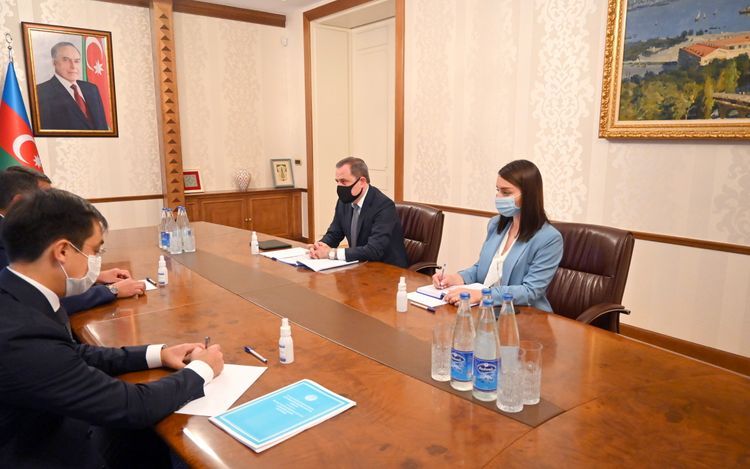 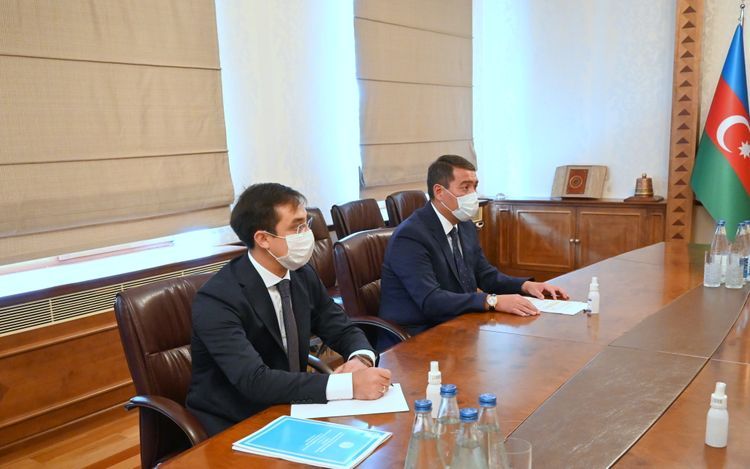