Azerbaijani FM: "Chairmanship of Azerbaijan will be aimed at strengthening the position Non-Aligned Movement in the system of international relations" 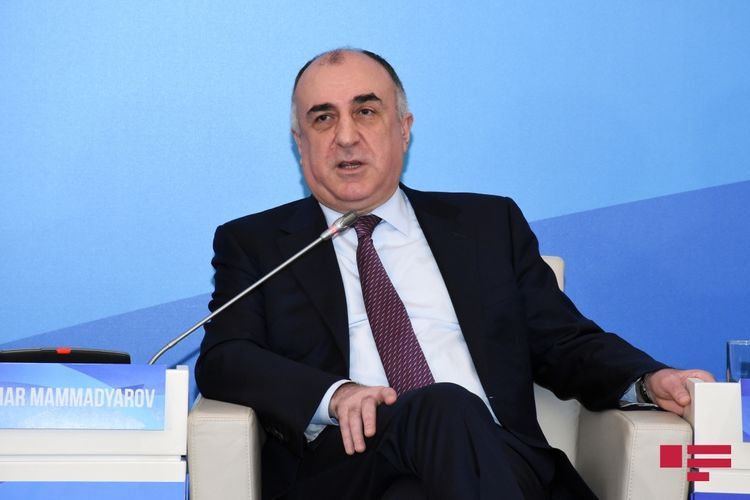 "I would like to once again emphasize the importance of Azerbaijan taking the chairmanship in the Non-Aligned Movement. The 18th Summit of the second after the United Nations global political platform in terms of its member states, which took place on October 25-26, 2019 in Baku with the participation of 159 delegations, as well as documents adopted following its results, including expression of support for the sovereignty and territorial integrity of the Republic of Azerbaijan within its internationally recognized borders, clearly demonstrated the further growth of the authority of our country on the world stage,"Minister of Foreign Affairs of the Republic of Azerbaijan Mr. Elmar Mammadyarov said while answering media questions following the results of 2019, APA reports.

"In this regard, it is indicative of the fact that Azerbaijan, having joined the Movement in 2011, headed it eight years later, proposing a chairmanship agenda that is relevant in today's dynamic conditions. Thus, in the spirit of developing the fundamental Bandung principles, we intend to contribute to giving a new impetus to the Movement’s activity in maintaining international peace and security, as well as creating favorable conditions for the development of cooperation.

In general, the chairmanship of Azerbaijan in the Non-Aligned Movement will be aimed at strengthening the position and influence of the Movement in the system of international relations. Strengthening the position of NAM will open up new opportunities for cooperation and expand its ability to contribute to international affairs. One of the priorities in this direction will be the establishment of dialogue mechanisms with other regional and international organizations. In particular, efforts will be made to expand the scope of cooperation with countries and organizations in Africa, Latin America and Asia," Azerbaijani FM said.