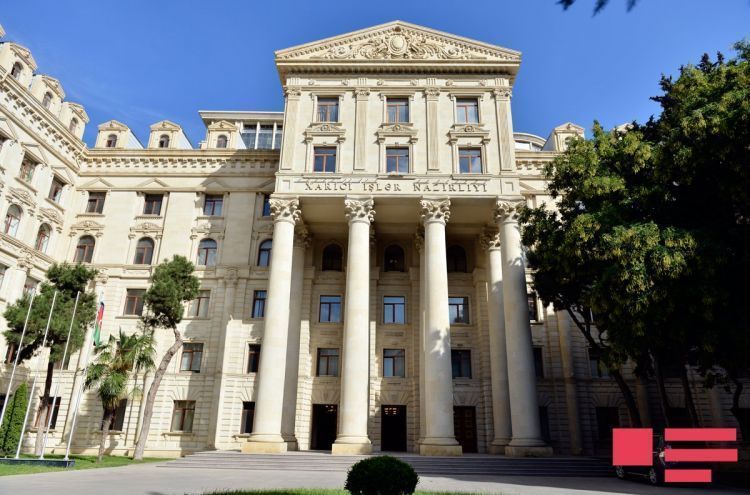 In his letter, Minister Elmar Mammadyarov conveyed his congratulations to his counterpart Karen Cummings on the 25th anniversary of the establishment of diplomatic relations between Azerbaijan and Guyana.

He mentioned in his letter that the cooperation based on the spirit of friendship and mutual understanding between the two nations arose new opportunities to further advance the bilateral relations.

Minister Elmar Mammadyarov expressed his appreciation for the valuable support of Guyana to the settlement of the Armenia-Azerbaijan Nagorno Garabagh conflict on the basis of sovereignty, territorial integrity and inviolability of internationally recognized borders of Azerbaijan, cemented by the related UNSC resolutions.

Minister Elmar Mammadyarov expressed his assurances that both sides would continue joint efforts based on shared interests and common values towards the achievement of the full potential of multifaced cooperation.

From his side, the Foreign Minister of Guyana Karen Cummings congratulated the Government and the people of Azerbaijan on the occasion of the 25th anniversary of the establishment of diplomatic relations between Guyana and Azerbaijan.

In his letter, he mentioned the cordial relations between our nations that rooted in common values and shared vision for the pursuit of the prosperity of our people. Also, Minister Cummings stressed the growth of friendship over 25 years since the establishment of diplomatic relations on 9 January 1995.

Minister highlighted the deepening of bilateral collaboration between two nations for the issues of mutual interest and to be addressed by the international system, including climate change and UN reform issues.

In the end, Foreign Minister Cummings reiterated his interest in further growth of bilateral relations in the years ahead.

Diplomatic relations between Azerbaijan and Guyana were established on 9 January 1995.