Azerbaijani President: If Armenia gives up its ugly deeds, then a ceasefire will be ensured 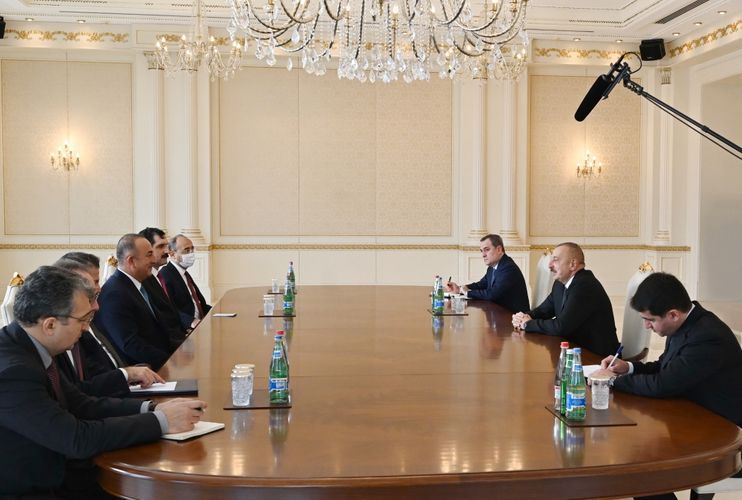 "I have repeatedly stated during this period that we want this issue to be resolved at the negotiating table," said Azerbaijani President Ilham Aliyev as he received a delegation led by Minister of Foreign Affairs of the Republic of Turkey Mevlut Cavusoglu, APA reports.

"However, Armenia does not allow this to happen, has grossly violated the ceasefire declared three times, including the bombing of Ganja with ballistic missiles, then the bombing of the city of Barda, as a result of which we had numerous casualties. This once again shows the inhumane behavior of Armenia and demonstrates that they are not interested in peace. They want this occupation to last forever. They want to re-occupy the settlements our army has liberated. This is the main reason why this war continues. If Armenia gives up its ugly deeds, then a ceasefire will be ensured and the issue will be resolved at the table.

But I hope that this process will not take long. We have been waiting for 30 years. We want the issue of the withdrawal of Armenian armed forces from other occupied territories to be resolved at the negotiating table as soon as possible. Otherwise, we will continue to restore our territorial integrity by any means and, as I said, we will go to the end," the President stressed.