Azerbaijani President: "Year after year living standards of our people is better" 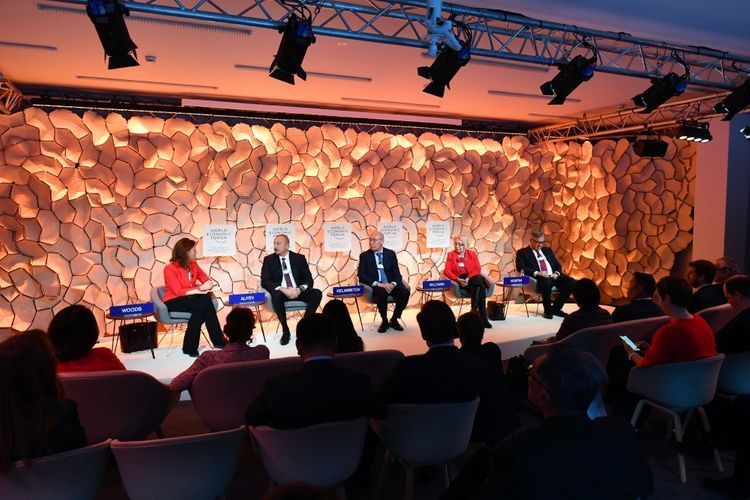 "We will listen to what they want but the fact is that in Azerbaijan youth is not in the streets, youth is in the universities, at school, youth is in the start-up business, youth is actively involved in governmental issues," President of the Republic of Azerbaijan Ilham Aliyev has said while responding to moderator's questions at panel discussion on “Strategic Outlook: Eurasia” held as part of the World Economic Forum in Davos, APA reports.

The head of state said Azerbaijan has launched a very huge volunteer movement, and tens of thousands of people have been trained in the public services sector as volunteers and then, our country recruits these people, those who have good results, the governmental institutions. "Frankly speaking when we see in different parts of the world youth on the streets it is because of dissatisfaction. Dissatisfaction with life, they lost trust in their governments. The governments use populistic slogans to come to power, and then, cannot deliver what they promised. Actually they lie, and the main reason for that is the irresponsibility of politicians. Because we see in many countries not only in Europe but in other places that one government comes, immediately the head of government is under fire. People elect him or her and then within one year he or she loses all the credibility. That is because the promises were given which were not been possible to implement. In Azerbaijan we always keep our word, we never say something we cannot deliver and year after year living standards of our people is better."