Azerbaijani students are evacuated from Turkey's earthquake zone to Nakhchivan 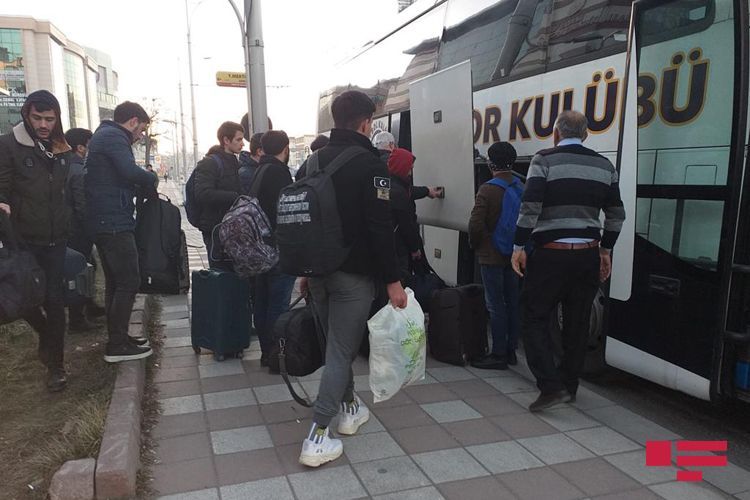 The relevant authorities are taking measures to evacuate Azerbaijani students studying in the earthquake zone in Turkey, according to the order of the President of the Republic of Azerbaijan Ilham Aliyev.

Three buses were allocated to transport Azerbaijani students and other Azerbaijani citizens studying in the earthquake zone in Nakhchivan.

The first bus, which carries predominantly students, is heading to Nakhchivan border. The second bus carrying a total of 41 passengers from Elazig and Malatya crossed Bingöl region of Turjey.

The third bus sent from Nakhchivan to the earthquake zone is currently in Igdir and will be in Elazig for one hour. About 15 Azerbaijani citizens staying in Elazig will be transported to Nakhchivan by the third bus.

Students who will be brought by bus to Nakhchivan will then be transported by plane from Nakhchivan to Baku.

The Cabinet of Ministers and the leadership of the Autonomous Republic of Nakhchivan will keep the matter in focus.

A 6.8 magnitude earthquake hit the Sivrica district of Elazig, Turkey.

At least 29 people were killed in the quake.