BBC, what is happening? 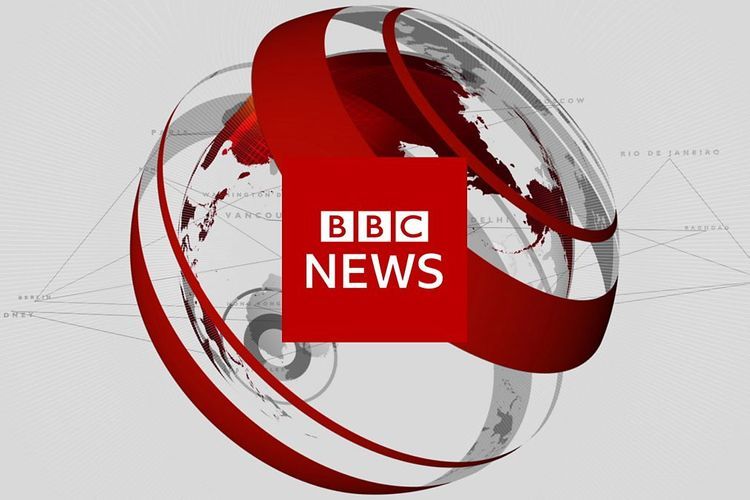 “Armenia recruits and uses mercenaries and terrorists from different countries against Azerbaijan. Armenia is a state sponsoring terrorism. Armenia committed more than 30 terror acts in Azerbaijan. We have credible information about the presence of Armenian ASALA terror organization on the occupied territories.”

The President of the Republic of Azerbaijan Ilham Aliyev has said it in his speech at the 75th session of the UN General Assembly on September 25, 2020.

Azerbaijan has disclosed the information obtained on the relocation to occupied territories from Lebanon, Syria and other regions, strengthening of the PKK terrorist organization in areas remained out of international control. Azerbaijan expressed concern over the involvement of terrorist organizations and external forces in the region, and called on the international community to respect international law, pay attention to the region and put an end to these steps of Armenia.

Finally, President Ilham Aliyev clearly sounded it at the UN, which is considered most prestigious rostrum of the world and justified his opinion, shared information. President also reminded history, recalled killing of 24 Turkish diplomats by Armenian terrorists: “Varoujan Garabedian, member of ASALA terrorism organization, which committed a terror act in Paris Orly Airport and killed citizens of different countries, has been extradited to Armenia later and pardoned by the Armenian President. That terrorist is accepted as a hero in Armenia.”

On September 27, Armenia commits a provocation for the next time, targets positions, residential settlements and civilians of Azerbaijan in parallel. Azerbaijan conducts a counter-attack to defend its positions, starts a large-scale anti-terrorism operation in order to clean the territory from terrorists to provide security of civilian population.

And then starts… Statements of countries and international organizations, which were not concerned on the maintenance of 25% of Azerbaijani territories under control of terrorists for several decades, such as “We are concerned”, “Stop immediately”, “We severely condemn apply of force by the sides”… The point is that “sides do not apply force”, one side – Armenia applies force, while another side – Azerbaijan cleans, defends its territory and people from occupier.

And in such a time, Armenian media, officials start to use the claim on "bringing mercenaries by Armenia to the region" which is put forward by Azerbaijan with facts for years, against Baku. “Rossiya-1”TV chanel brings up the issue to the agenda in a form of question, they ask from President Aliyev, and he responds comfortably and concretely. “There are no mercenaries from Syria. There are no fact, no evidence in this regard. Armenian provocation has put forward it and it is circulating in various websites, mass media. There is no need for this. Azerbaijan has prepared army, there are very big mobilization reserve. Yesterday I declared partialy mobilization. We are calling on tens of thousands of reservists out of a population of 10 million against Armenia which has 2 mln. population, we do not need human reserves. Therefore, we are able to defend ourselves and punish the aggressor so that he does not dare to look at our side again."

However, Pashinyan voices this claim again in his interview to the same resource: “Numerous materials have already been published in international press that Turkey involves mercenaries from the territory of Syria, bring them to Azerbaijan for participating in the war against Nagorno Garabagh and the Republic of Armenia. By the way, there is also such information that some clashes have occured between local residents and these mercenaries in residential settlements of Azerbaijan. Because these mercenaries try to apply sharia laws in those villages, they enter to markets and demand from them to stop to sell alcholic products, etc. Social media participants of Azerbaijan, even ordinary people who  are not involved in politics laugh at this claim. Because it is very non-serious, because they turn and look around in their villages and do not see Syrians anywhere, as for “alchol quarrel”.  It was become such a feuilleton.

Meanwhile, BBC being the world’s transnational media institution seriously “investigates” the claims at which an ordinary Azerbaijani laughs here, presents an article. There are sources in the article. It can’t be said that there is no source. But any taleteller may very easily fabricate hundreds of such sources. The person who told BBC that Syrians went to fight in Garabagh is “Syrian Abdullah”. And what does it mean?) Currently, Abdullah is the most widely spread name in Syria.

Which of dozens of groups in Syria does this “Syrian Abdullah” affiliates with, who is he, what is his profession, his area of activity? This is called a “rumor” in our country. During the period of the pandemic, a “Nigush” meme emerged in our country’s social media, and Nigush spread similar rumors countrywide via social tools. How can this be that such institution as BBC distinguished itself by the highest media standard works with rumor, fake sources and images?!

BBC refers to some videos and pictures disseminated on social media. And later on, it removes those pictures.

Currently, it is very easy to obtain military uniform and accessories of any country and to perform photo and video shooting. The world landscapes look alike, there are the same steppes, the same hills everywhere... And if one or two “Syrian Abdullah”s put on uniform of Great Britain’s army and have their picture taken, should we claim that another “Abdullah” has sent these “Abdullah”s to defend England?! What kind of logic is it, BBC?

And one more thing, BBC Azerbaijan that has always been engaged in placement in the sponsored advertisement mostly the very intimate pieces of information in the Azerbaijani segment of social media get this fake news read by “sponsored forecast”. And what is the reason for this?

This is the fact that there are the Syrian and Lebanese fighters in the region. Azerbaijan recognizes this fact and is worried about this.

There is indeed a “Syrian Abdullah” in the region whom BBC is looking for. But BBC is searching for him at wrong address. The “Syrian Abdullah” is in Armenia. This is confirmed by the information disseminated by the Syrian Observatory Human Rights – SOHR organization on September 29. It is noted in the information that: “The Syrian fighters of the Armenian origin have been taken by Armenia to Armenia in order to be used in the battles against Azerbaijan". The same organization also writes the following: "Very reliable SOHR sources confirm that the news disseminated in mass media in regard to bringing to Azerbaijan of about 4000 fighters from Syria are completely false".

And this picture has been taken from “facebook” social network. Armenian of the Lebanese origin Shahe Ajemian has been fighting in Armenia for many years, he considers himself as one of the “former fighters”.

Another shootage is a joint gathering of PKK terrorists with Armenian militants.

These are not already words of any “Syrian Abdullah”. These are real persons, organizations, which live and act.

It is possible to continue further, to put forward more facts.

War will end, occupied will come to an end. Azerbaijan will be able to do it. However, we will remind their writings in these days once again when the media structures write on Azerbaijan…