Cavusoglu: "Armenia will 'pay price' if it violates latest cease-fire with Azerbaijan on Nagorno-Karabakh" 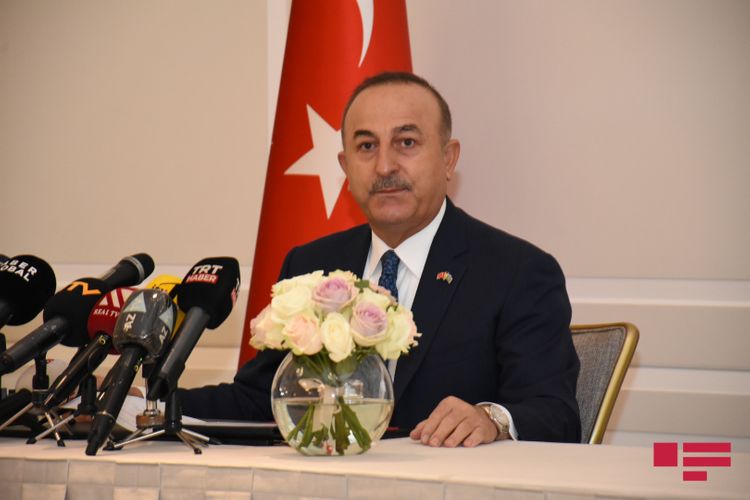 “All of the occupied territories will be liberated”, said Minister of the Foreign Affairs of Turkey Mevlut Cavusoglu at the press conference in Baku today while answering questions on which steps will be taken if Armenia does not follow the timetable regarding the return of occupied territories, APA reports.

M. Cavusoglu said that there is a signature of the Armenian Prime Minister under the agreement: “Armenia violated ceasefire three times earlier, saw its result. Armenia will 'pay price' if it violates the latest cease-fire with Azerbaijan on Nagorno-Karabakh. Azerbaijan has been patient very much previously, the choice will be made by Armenia from now. Either they will follow the agreement and withdraw from occupied territories voluntarily, or the heroic Azerbaijani Army will liberate its territories as it was until today. Life has realities. Armenia should think of how it will benefit from stability in the region.”