Cavusoglu: "Azerbaijani Army under the leadership of its Commander-in-Chief has recaptured the ancient city of Shusha from Armenian occupiers" 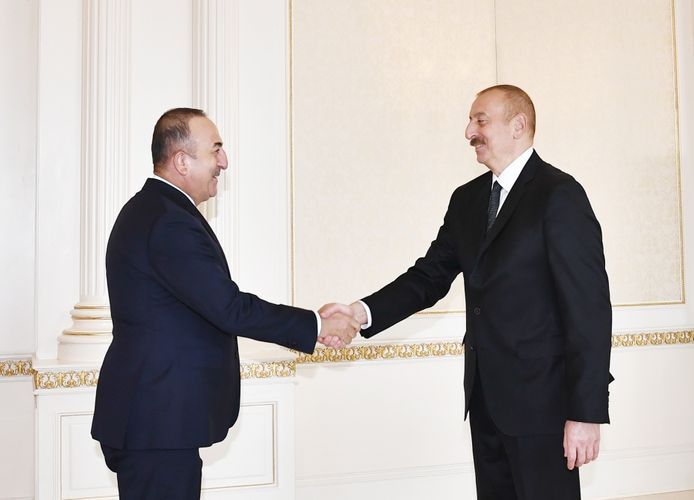 "Thank you very much for receiving us, Mr. President. We are always very pleased to be in Baku and to meet with you. But we are particularly pleased today because the heroic Azerbaijani Army under the leadership of its Commander-in-Chief, Your Excellency, has recaptured the ancient city of Shusha from Armenian occupiers", said Minister of Foreign Affairs of Turkey Mevlut Cavusoglu when President of the Republic of Azerbaijan Ilham Aliyev received Minister of Foreign Affairs of the Republic of Turkey Mevlut Cavusoglu and the country’s Minister of National Defense Hulusi Akar on November 8, APA reports.