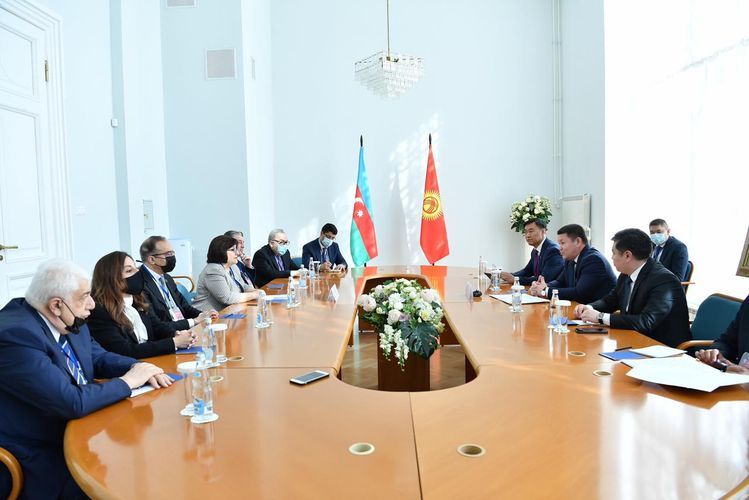 As reported earlier, the delegation led by Chair of the Milli Majlis Sahiba Gafarova is in St Petersburg, Russia for the spring session of the Interparliamentary Assembly of the Commonwealth of Independent States, Press and Public Relations Department of the Milli Majlis told APA.

As part of the visit, Chair of the Milli Majlis Sahiba Gafarova met with Chair of the Joğorqu Keñeş (‘Supreme Council’ – the Parliament) of Kyrgyzstan Talant Mamytov on 15 April.

Expressing her satisfaction with the meeting, Mrs Gafarova remarked that such encounters as that bore favourably on the progress in the bilateral relations and that the conversations and reciprocal visits of the two states’ leaders played a special role in deepening the relations. As regards the bipartite documents signed so far, they provided a legal foundation for the two-way relations, in her opinion.

It was also noted during the meeting that various political and economic reforms were being carried into life successfully in Azerbaijan nowadays. The large interstate projects as well as the emergence of oil and gas pipelines gave rise to remarkable growth opportunities for our country as well as for the partner-states to seize. At the same time, the restoration of the Great Silk Way is of extreme importance to Azerbaijan as much as it is to the countries strung on this strategic transport route.

Referring to the interaction between the two parliaments, Mrs Gafarova underscored the significance of the work done by their friendship groups and highlighted the importance of the fruitful two-way collaboration under the aegis of the international parliamentary organisations. Kyrgyzstan’s Supreme Council was said to be one of the parliaments with which the Milli Majlis had the signed memoranda of co-operation in place.

Then, Mrs Gafarova told Mr Mamytov that Azerbaijan had de-occupied its territories in implementation of the relevant resolutions of the UN during the Patriotic War that had lasted for 44 days. Now, the conflict is left in the past and our country has moved on to the new stage – namely, that of building and restoration.

According to Chair of the Kyrgyz Parliament Talant Mamytov, his country lays great store on furthering the connections with Azerbaijan; the current situation favours their intensification, besides. Mr Mamytov went further to say that our relations on the interparliamentary plane promoted the deepening of the co-operation in the other areas. The regular meetings of the two sides’ MPs and their joint contribution to the efforts of various international platforms serve the convergent interests.

The Chairman of Joğorqu Keñeş then expressed the appreciation of Azerbaijan having helped Kyrgyzstan counter the coronavirus pandemic. Informing Mrs Gafarova of the outcomes of the referendum conducted in Kyrgyzstan, Mr Mamytov pointed out that it was going to play a crucial role in the future progress of his country.

There was also an exchange of opinions about other subjects of interest to both sides during the meeting. 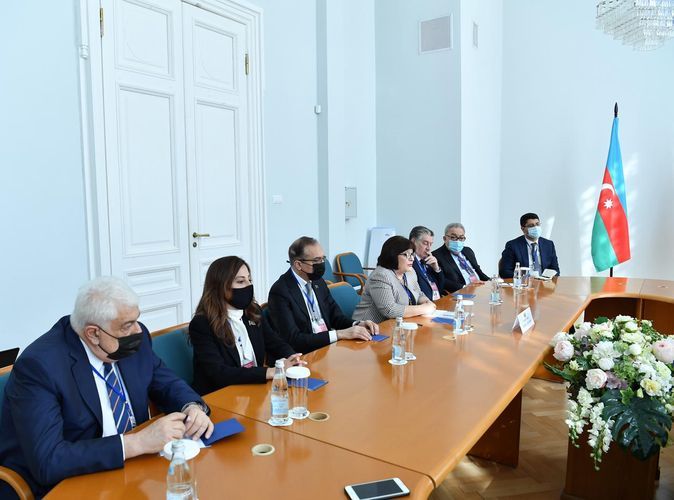 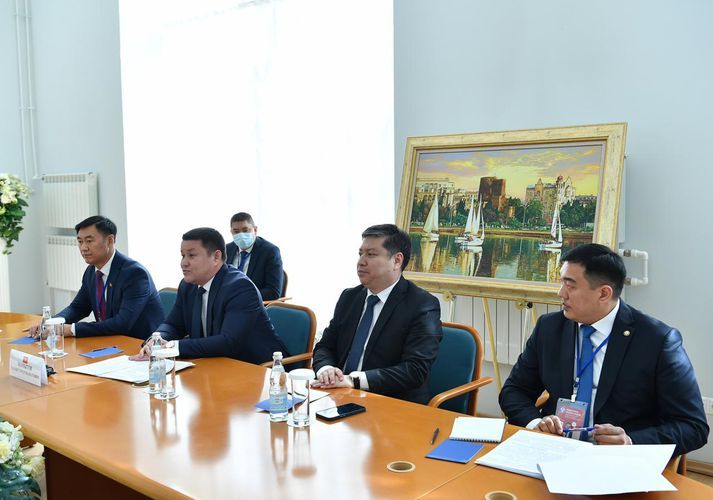