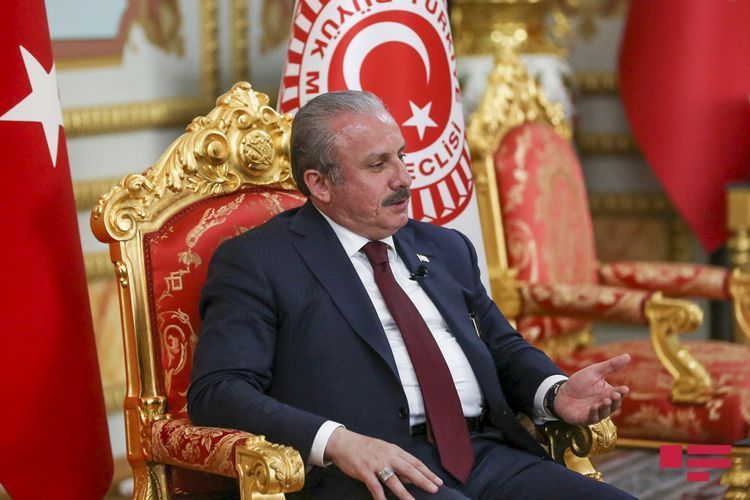 It has been noted that M. Shantop and delegation staff led by him will be in a visit to Azerbaijan on October 18-20.

Chairman of Turkey’s Parliament will be received by the Azerbaijani President Ilham Aliyev within the framework of the visit.
M. Sentop will deliver a speech in the Azerbaijani Parliament.
“Turkey’s support to Azerbaijan will be expressed once more in the meetings to be held in Baku. We will declare once more that we are ready to deliver the necessary assistance if Azerbaijan wants our support regarding any issue anytime. Our troubles and happiness are single as a nation, two states. The dominance of peace, stability, justice, and principles of international law in the region, is the only purpose of Turkey”, said from Turkey’s Parliament.