EU Ambassador: “We hope that we will sign a partnership agreement with Azerbaijan” 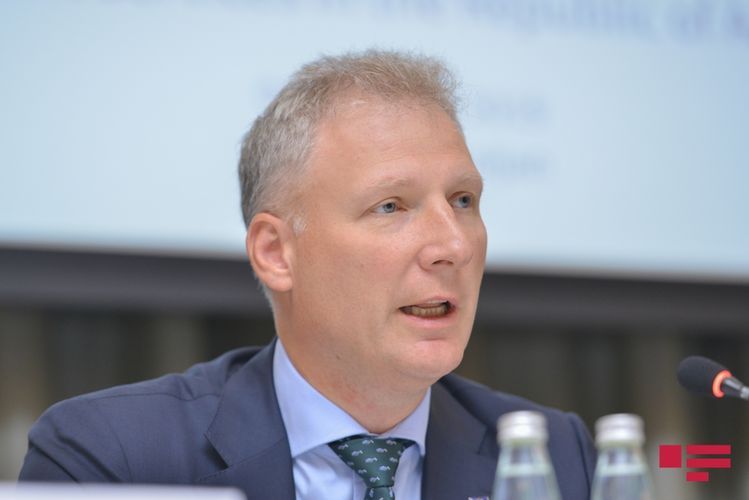 “A number of not agreed issues on the partnership agreement between Azerbaijan and EU are related to trade and economy,” Kestutis Jankauskas, Head of the EU Delegation to Azerbaijan told reporters, APA reports.

According to him, the new European Commission has begun its work in Brussels and changes are also underway in the state structures of Azerbaijan.

“The appointment of the new economy minister is very important for signing of the agreement. We have conducted discussions regarding how we will hold negotiations with the new minister for signing of the new agreement. In December of the last year the next phase of dialogue on security between Azerbaijan and the European Union was held in Baku. The senior officials from the European Union participated in this dialogue and held a number of meetings with the Azerbaijani officials. During those meetings, the discussions were conducted regarding how the further negotiations between Azerbaijan and the EU would be held. In the nearest future, the new phase of the consultations or negotiations regarding the agreement between Azerbaijan and the European Union will be implemented. We hope that we will sign the partnership agreement. Although no specific date of signing has been appointed, the both parties are making efforts for finalization of the negotiations and signing of the agreement as soon as possible”, K. Jankauskas noted.