Elmar Mammadyarov: "Azerbaijan and the Netherlands: Mutually beneficial cooperation relations and their prospects" 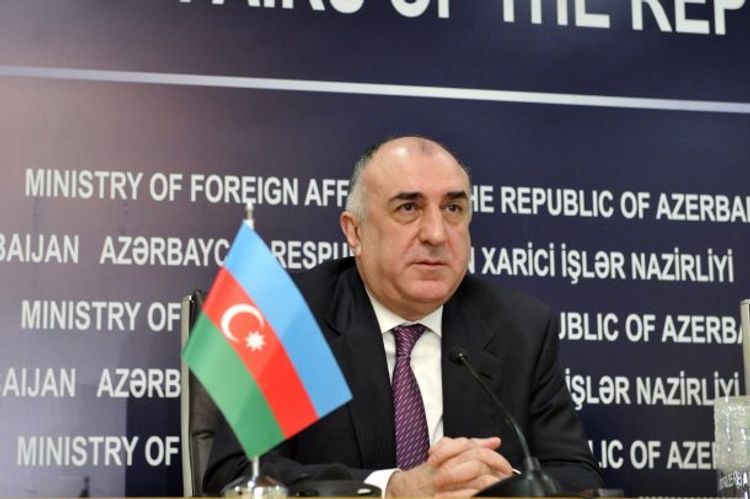 Netherlands' outstanding Diplomat Magazine has published an article entitled "Azerbaijan and the Netherlands: Mutually beneficial cooperation relations and their prospects" written by Mr Elmar Mammadyarov, Minister of Foreign Affairs of the Republic of Azerbaijan, APA reports.

The Head of Azerbaijan's  MFA in the article writes that the year of 2019 was an important milestone for the Republic of Azerbaijan in terms of its foreign policy. "Thus, hundred years ago, on 9 July 1919, the Government of the Azerbaijan People’s (Democratic) Republic (ADR) adopted a temporary instruction on the Secretariat of the Ministry of Foreign Affairs.

According to a Decree of President of the Republic of Azerbaijan, Ilham Aliyev, this date was taken as the basis for the establishment of the Day of employees of the Diplomatic Service of Azerbaijan.

One century separates us from a time when the ADR was taking its first steps in the international arena. It was an incredibly hectic century which encompassed the collapse of former empires which perished in the fire of World War One, Azerbaijan’s state independence (1918-1920) in the form of the first republic in the Muslim East, the loss of this independence, seven decades within the USSR, and the new historic achievement – the proclamation in 1991 of the Republic of Azerbaijan which, for almost three decades, has consistently strengthened its positions in the region and the world as a whole.

Today, under the able leadership of the country’s highest political authorities, Azerbaijani diplomats continue to successfully uphold its national interests worldwide, enhancing political cooperation networks and launching new dimensions. The Netherlands are one of traditional partners for Azerbaijan since we’ve regained independence. Two countries enjoy full-fledged agenda of mutually beneficial cooperation. And that’s why the celebration of centenary of diplomatic service also provides a good opportunity to look back at the bilateral relations and take stock of the progress achieved so far."

Mr Mammadyarov wrotes that Azerbaijan considers the Netherlands a close ally and a reliable partner in both bilateral and multilateral field. "The relations between the Netherlands and Azerbaijan have been growing on a positive scale for the last twenty-seven years – ever since the establishment of diplomatic relations on April 1, 1992. The relations are built on mutual respect to territorial integrity and sovereignty and existing cooperation cover areas such as trade, logistics, agriculture, education, tourism and etc.

The Netherlands continues to remain as one of the top investors in the non-oil sector of Azerbaijan. Dutch companies implement large-scale projects in fields such as logistics, transport, environmental protection and agriculture. Among the successfully implemented projects, we can name the planning, design, engineering and construction of Baku International Sea Trade Port, providing environmental solutions to pollution of lakes by oil spills and urbanisation in Absheron peninsula, construction of a model farm in Azerbaijan based on Dutch agricultural experience and know-how.

Cooperation in the logistics field is of great importance at the moment. In 2019, a delegation of Baku International Sea Trade Port visited the Netherlands, where a Memorandum of Understanding for cooperation was signed with a number of Dutch logistics. A first test container from Venlo to China via Baku, Azerbaijan was sent later this year, as a follow-up of this visit. It is also envisaged to open representation of Baku International Sea Trade Port in Venlo, the Netherlands to oversee the cooperation in the logistics field."

According to the Azerbaijani Minister, tourism has also been increasing steadily for the last years. More and more Dutch tourists opt to enjoy the beauty and landscape of Azerbaijan during their holidays. "Holding of Formula 1 Grand-Prix games has especially contributed to the increased interest of Dutch Formula 1 fans to Azerbaijan. The simplification of Azerbaijan’s visa system, which makes it possible to receive visas within just a few hours, is particularly appreciated by Dutch people, who can easily and effortlessly travel to Azerbaijan. The direct cargo flights have been operational between Maastricht and Baku since 2016 and negotiations are underway to open direct passenger flights between Baku and Amsterdam.

These are just a few examples of successful cooperation between the Netherlands and Azerbaijan. A lot has been done, yet there is a vast potential of cooperation which still remains untapped. Therefore, the focus for the upcoming years would be to continue bringing tangible and measurable results in the bilateral relations through fostering business to business cooperation, increased trade turnover and successful implementation of economic projects.

So, the development of mutually beneficial cooperation with the Netherlands as one of the founding countries of the EU fully fits into the paradigm of a balanced foreign policy of Azerbaijan."

"Today, the foreign policy achievements of our country, which is regarded as a reliable partner, are of course based on establishing good cooperative relations with neighboring countries and other countries of the world, as well as implementing equal dialogue and cooperation based on mutual interests. Our foreign policy priorities include the strengthening of sovereignty and independence of the country, elimination of consequences of military aggression of Armenia against Azerbaijan and restoration of its territorial integrity within internationally recognized borders, as well as, the continuation of large-scale infrastructure projects implemented with the initiative and participation of Azerbaijan, further development of mutually beneficial cooperation with all international actors, including states, associations and international organizations.

And on the way to the realization of these constructive goals, we hope to continue a true partnership with our largest economic partners represented by the EU countries, including the Netherlands," wrote Elmar Mammadyarov, Minister of Foreign Affairs of the Republic of Azerbaijan in the article.