Elmar Mammadyarov: "The Agreement that to be signed with EU must certainly meet the national interests of our country" 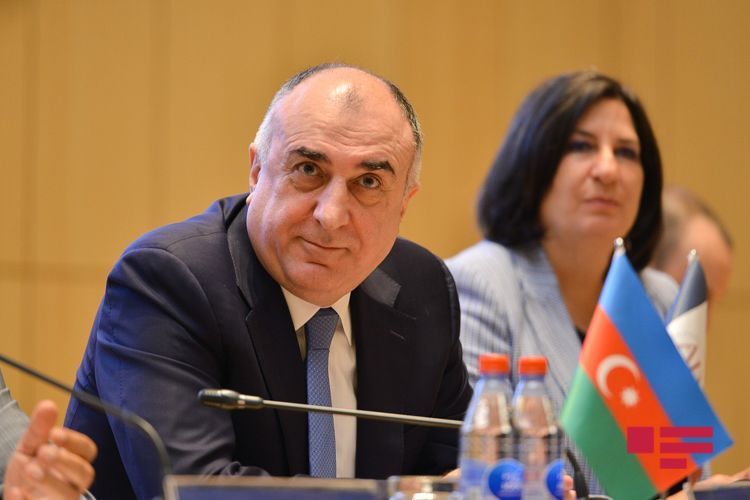 "Partnership between Azerbaijan and the European Union (EU) is based on equality, mutual respect and trust," Minister of Foreign Affairs of the Republic of Azerbaijan Mr. Elmar Mammadyarov said while answering media questions following the results of 2019, APA reports.

"The numerous statements by EU officials, as well as the resolutions adopted by the European Parliament, express unequivocal support for the independence, sovereignty and territorial integrity of Azerbaijan and our country is considered as a reliable and important partner of the Union," Minister said.

"As you know, the Partnership and Cooperation Agreement between the European Union and the Republic of Azerbaijan entered into force in 1999, but over the past 20 years, there have been many changes in Azerbaijan, we have become one of the most important geopolitical players in the region and the world. Our country was the initiator and implementer of a number of transport, energy, cultural and political projects of the global and regional level. Successful reforms are being carried out in the field of improving public welfare of citizens, justice, social and public administration. Currently, Azerbaijan has become one of the largest investors with the goal of implementing economic projects in the region and the first among the countries of the Eastern Partnership in terms of investment in the EU. In the midst of the European economic crisis, through the implementation of the Southern Gas Corridor project in Greece alone, we supported the creation of five thousand new jobs and invested 15 billion euros in the European economy. In the first half of 2020, it is planned to deliver the first Azerbaijani gas to Europe under the TAP project, which plays an important role in the energy security of the EU. Our country has transformed from needing the EU assistance in the 1990s into a state that is now providing real support for the development of Europe. In short, a completely new situation has arisen in Azerbaijan-EU relations.

For this reason, Azerbaijan has chosen a special path based on the principles of equality and mutual respect for the development and expansion of its relations with the EU, proposing to hold negotiations on the "Agreement on Strategic Partnership", and Brussels accepted this proposal. Thus, the expansion of the framework of political and economic relations between the Parties, the realization of the partnership in the energy sector at the strategic level, as well as the signing of strategic documents with nine EU Member States, necessitated the development of a new comprehensive agreement. Since February 2017, based on a draft submitted by the Azerbaijani side, negotiations have begun with the EU on a new document.

In less than 3 years, many rounds of negotiations were held on this very voluminous project, and most of the document was agreed. The parties have never set any binding deadlines for the completion of negotiations, as well as initialing and signing of a document. For us in negotiations, it is not quantity and time restrictions that are important, but quality. A template-free, reality-based and satisfying both sides approach is one of the key factors for achieving a positive result. The Azerbaijani side will continue to work in this direction with the new leadership of the European Commission. Azerbaijan is a supporter of a quality agreement, and it must certainly meet the national interests of our country," Azerbaijani FM Mr Mammadyarov said