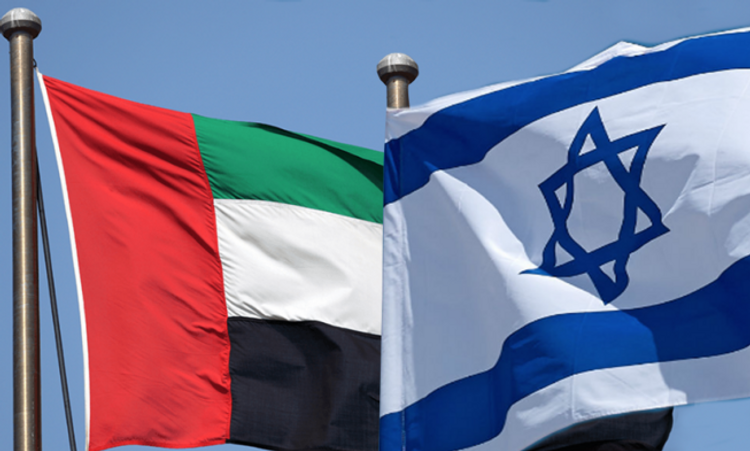 “This historic agreement is an important and significant milestone that will serve to advance security and stability across the region,” the Embassy of Israel in Azerbaijan told APA.

“Israel and the UAE announced their intention to establish full diplomatic relations. A peace treaty between the two countries will be signed in Washington in a number of weeks. This historic agreement is an important and significant milestone that will serve to advance security and stability across the region. It is an opportunity that will serve to advance further agreements with other Arab countries. This agreement has established a visionary future of peace and prosperity for generations to come. Through this agreement, Israel and the UAE have given priority to the well-being of their own citizens, and have committed to resolve past disagreements. The peace agreement between Israel and the UAE will include the mutual opening of an Israeli Embassy in Abu-Dhabi and opening an Embassy of the UAE in Israel. We hope this will mark a breakthrough which will bring even more Muslim countries to open Embassies in Israel. In addition, the two countries will further enhance their relations across a number of fields, including economy, medicine, science, tech, culture and tourism,” the information reads.

"This historic diplomatic breakthrough will advance peace in the Middle East region and is a testament to the courage of the United Arab Emirates and Israel to chart a new path that will unlock the great potential in the region. All three countries face many common challenges and will mutually benefit from today’s historic achievement.

Opening direct ties between two of the Middle East's most dynamic societies and advanced economies will transform the region by spurring economic growth, enhancing technological innovation, and forging closer people-to-people relations.
This normalisation of relations and peaceful diplomacy will bring together two capable regional partners.

Israel and the United Arab Emirates share a similar outlook regarding the threats and opportunities in the region, as well as a shared commitment to promoting stability through diplomatic engagement, increased economic integration, and closer security coordination. Today’s agreement will lead to better lives for the peoples of the United Arab Emirates, Israel, and the region," UAE Embassy to Azerbaijan told APA.