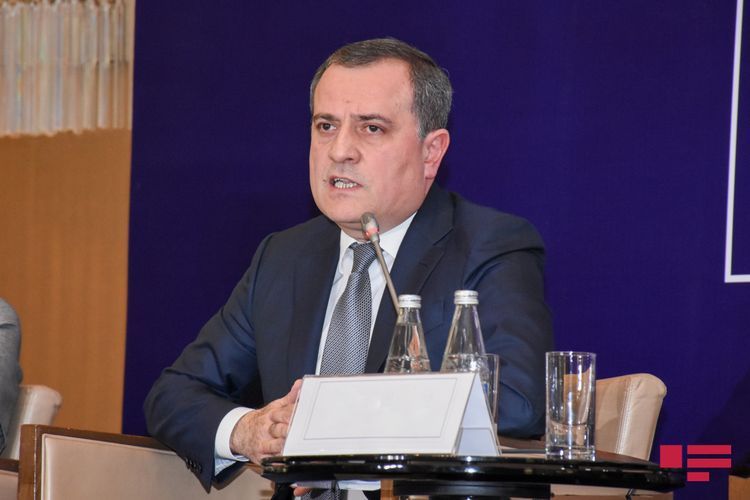 “On July 12, Azerbaijan was once again subjected to a military attack by the Armenian Armed Forces. For four days, the positions of the Azerbaijani Armed Forces on the Tovuz area of the Armenian-Azerbaijani border, as well as border settlements, were subjected to intense artillery fire. As a result, the Azerbaijani side suffered casualties among the military and civilians. Civil infrastructure, including residential buildings and hospitals, was seriously damaged,” Azerbaijani Foreign Minister Jeyhun Bayramov said in an interview with TASS.

The Minister noted that the provocation of the Armenian side was not an accidental military clash: “We regard the attack on the Tovuz section of the border as another act of aggression by Armenia against the Republic of Azerbaijan. Armenia pursues the goal of seizing new territories of Azerbaijan. This military attack was planned in advance by Armenia on the basis of a new military strategy, which, according to the statement of the Minister of Defense of this country, provides for the delivery of "preemptive strikes in order to create a favorable security situation" and "a new war for new territories." Acting on the basis of this aggressive military doctrine, Armenia carried out this attack based on its military and political calculations. Armenia considered the Tovuz section of the border the most suitable place for a sudden attack.

The scale and intensity of the shelling show that the Armenian side had planned this attack in advance and concentrated a significant amount of weapons and ammunition in this area, which was not part of the zone of active military actions. The intensity of the shelling of the border areas of Azerbaijan and the civilian objects located there were aimed at sowing panic among the civilian population and forcing people to leave their homes. The attack was carried out in the direction of the region of Azerbaijan where the objects of large energy and transport infrastructure are located. Of course, the internal political, social and economic problems aggravated in the conditions of the pandemic in Armenia influenced the choice of the time of its armed attack.”

J. Bayramov said the Azerbaijan Armed Forces repulsed the attack and defended its positions: “The military situation on the border with Armenia remains tense. Armenia continues to open fire on Azerbaijan’s positions. Armenia’s attack on Tovuz was implemented on the backdrop of the continuous statements and actions of Armenia’s leaders directed against Azerbaijan’s sovereignty and territorial integrity and causing damage to peaceful solution of the conflict. Armenia’s leaders openly come up with territorial claims against Azerbaijan, threaten with inflicting military blows on residential settlements including the country’s second largest city of Ganja and put forward absurd conditions for commencement of the negotiations. As for the prevention of similar clashes in the future, in this case, we should pay attention to initial reasons for the conflict – these are the continuing aggression of Armenia against Azerbaijan and the occupation of our territories. Therefore, we think that the immediate, unconditional and complete withdrawal of the occupational troops from all occupied territories of Azerbaijan is important for ensuring security and stability in the region and prevention of repetition of such provocations in the future".