Head of state: Unfortunately, Armenia is using civilians in order to have more people on the ground 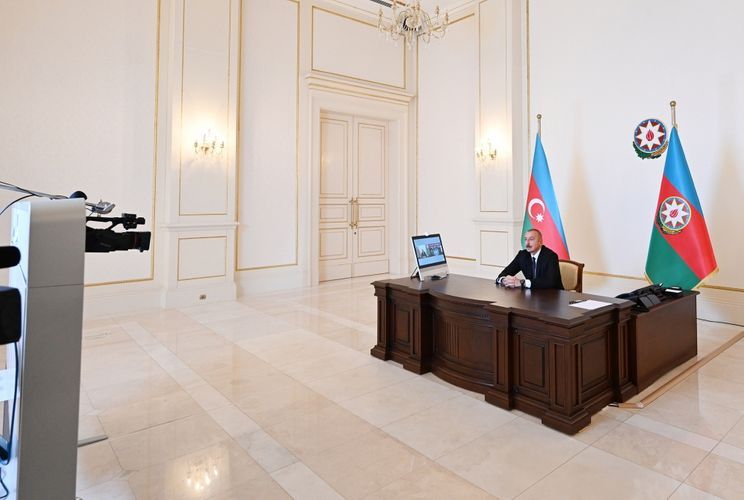 "Of course, we regret that civilians are being killed and of course, we were not the purpose, we were not the source of this attack. Because it was a first thing in the morning on the 27th of September, what they did, they attacked our cities and villages. And we had to respond," said Azerbaijani President Ilham Aliyev during an interview with  Euronews TV on October 7, APA reports.

"But our response mainly is and primarily is on their military positions, on their tanks and guns and what we are doing on the battlefield is available in internet. Our drones and our other equipment demolished only military objectives on the occupied territories. Unfortunately, Armenia is using civilians in order to have more people on the ground, because their demographic situation is very bad, and we have video about these civilians being just next to the guns, and of course…" noted the head of the state.