Hikmat Hajiyev: "Making of attacks from Armenia’s territory on Azerbaijan’s territory is another act of military aggression" 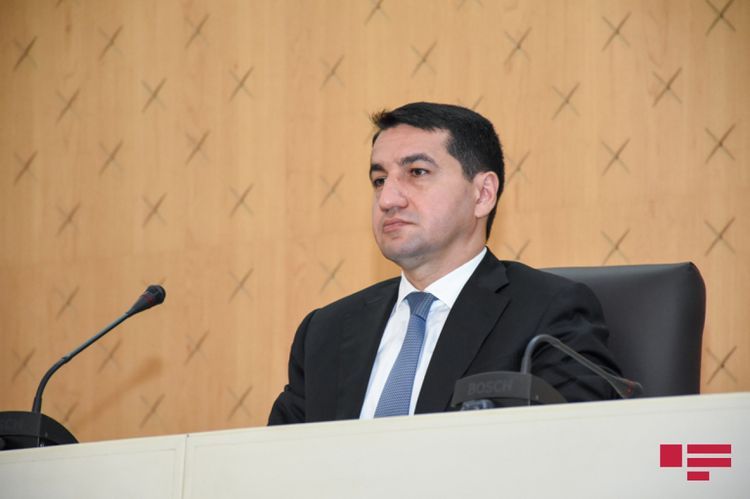 “The infliction of fire by Armenia from its territory on the units of the Azerbaijani army on the sites of Zangilan, Gubadli and Lachin regions of Armenia-Azerbaijan state border, the making of attacks from Armenia’s territory of Azerbaijan’s territory is another act of military aggression”, said Assistant to the President, Head of Foreign Policy Affairs Department of the Presidential Administration of the Republic of Azerbaijan Hikmat Hajiyev, APA reports.

He said these cases are the continuation of the aggressive attacks with ballistic and reactive rockets from Armenia’s territory on Azerbaijan’s Ganja, Mingechevir, Kurdemir, Siyezen, Gabala, Khizi and other cities, on civilian people and civilian facilities: "Armenia’s attacks against Azerbaijan on the site of Tovuz region of the state border on July 12 of this year were also evaluated as act of aggression.

Along with being the act of military aggression, such military adventures of Armenia pursue the goal of political provocation and expansion of geography of the conflict.