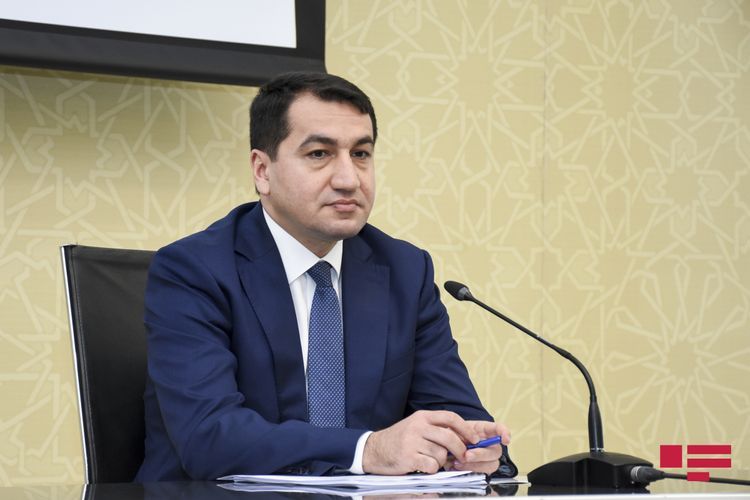 H. Hajiyev noted that Azerbaijani Army is conducting defense operations in our own territory: "Purpose is protecting the civilian population and forcing occupier into peace. The purpose of the policy, pursued by Armenia so far, has been the destruction of the negotiation process and achieved it. Armenia applies military, political provocations in order not to withdraw from occupied territories. It is the next aggression attempt against Azerbaijan, threatening Azerbaijan by force."