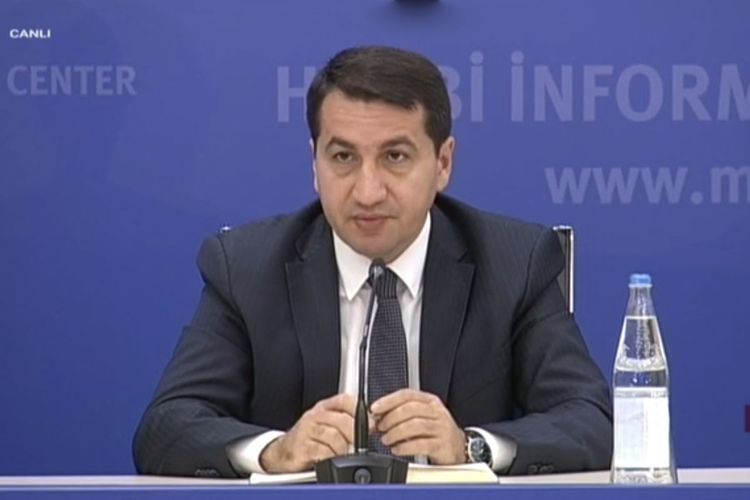 “Armenia after the Moscow declaration again targets residential areas, infrastructure facilities of Azerbaijan. It is unacceptable,” said Assistant of the President of the Republic of Azerbaijan, Head of Foreign Policy Affairs Department of the Presidential Administration Hikmat Hajiyev at the briefing held for ambassadors of foreign countries, foreign military attaches, accredited in the Republic of Azerbaijan and representatives of international countries (the UN, the EU, the ICRC) in our country today, APA reports.

H. Hajiyev said that Armenia attacks to Azerbaijan by gathering a troop again: “Armenia makes the conflict further intensive. Infrastructure has seriously been damaged as a result of Armenia’s shelling Azerbaijani cities today too, there are dead and injured. Armenia continues killing Azerbaijani civilians. Azerbaijan has to take measures in order to prevent all of these.”

Assistant to Azerbaijani President noted that Azerbaijan is ready for peaceful resolution of the conflict: “However, it is seen that Armenia intensifies the conflict by violating Moscow negotiations. It has been noted in the Moscow Declaration that the conflict should be peacefully resolved on the basic principles. Armenia does not follow any of the terms, continues its provocations.”