Hikmet Hajiyev: “Armenia pursues policy of destruction of all opportunities regarding peace” 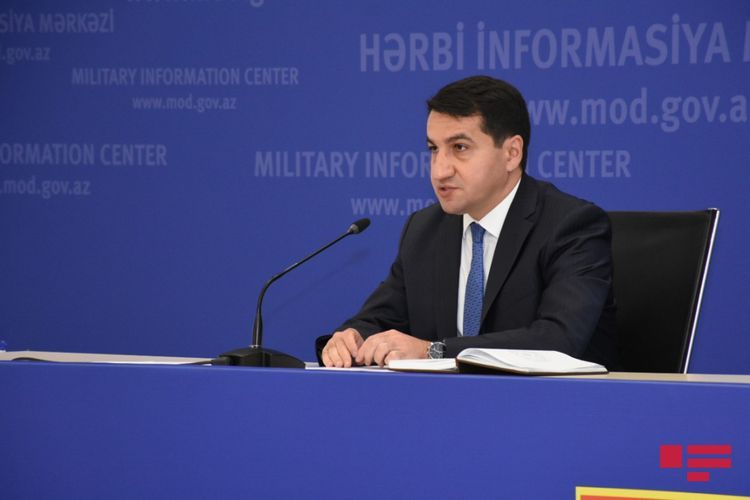 “Although Armenia declares its readiness for peace, pursues a policy of destruction of all opportunities regarding peace”, Assistant of the President of the Republic of Azerbaijan, Head of Foreign Policy Affairs Department of the Presidential Administration Hikmet Hajiyev said at a briefing today, APA reports.

H. Hajiyev said that Armenian Prime Minister declared that the conflict does not have a peaceful resolution a while ago: “Armenians in the world are called on to participate in the war. It is a great blow to the attempts and efforts of the OSCE Minsk Group. President Ilham Aliyev declared in his interviews that Azerbaijan is ready for peaceful, military-diplomatic resolution of the conflict. The conflict can be peacefully resolved at that time when the opposite side is constructive, loyal to its promises. Attacks to Azerbaijan’s civilian facilities continue.”