Ilham Aliyev: The myth about the so-called victorious Armenian army has collapsed 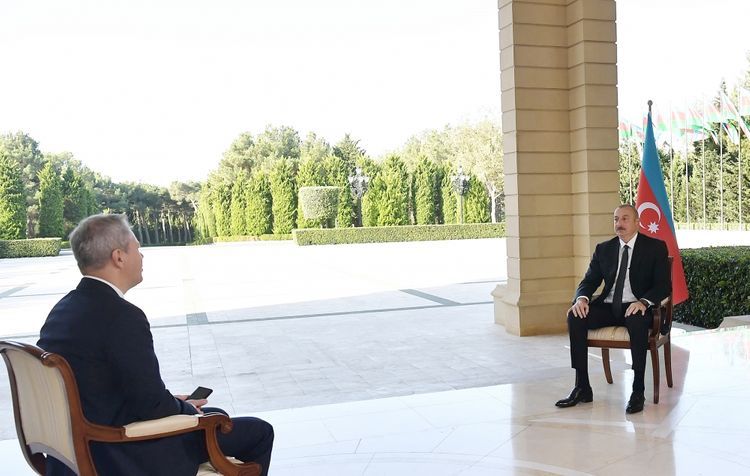 "This shows that all these opinions were false and that it was deliberate media speculation. There were several goals. First, to further demonize Turkey and this, unfortunately, is becoming almost a norm in the so-called modern political fashion. This is completely unfounded," President of the Republic of Azerbaijan Ilham Aliyev has said in an interview with the Russian RBC TV channel on October 10, APA reports.

"Turkey is defending its interests, defending its right to live its own life. Under the leadership of President Erdogan, Turkey ceased to be an obedient ally of the West. It dictates its will in its region and in the world. Turkey is reckoned with now. Turkey's authority has grown. The Turkish army is the second biggest army in NATO and it can solve any military-political problems. Therefore, of course, there is such open pressure from the West. It is even fraught with some very strange and negative emotional background in relation to Turkey. So this is the first reason – the demonization of Turkey. The second reason is the underestimation of Azerbaijan's potential, including military-technical, an attempt to introduce things in such a way that it was Turkey or someone under the influence of Turkey that solved a military issue. No! We have liberated our lands ourselves. The myth about the so-called victorious Armenian army has collapsed. It never existed. Those who know the history of the conflict are well aware that our lands were occupied also by the 366th motorized rifle regiment of the Soviet army, which was stationed in Khankandi and I think 70 percent of its servicemen were of Armenian origin. So it was Soviet weaponry and Soviet command with an Armenian composition, and they took an active part in both ethnic cleansing and genocide," said Azerbaijani President. 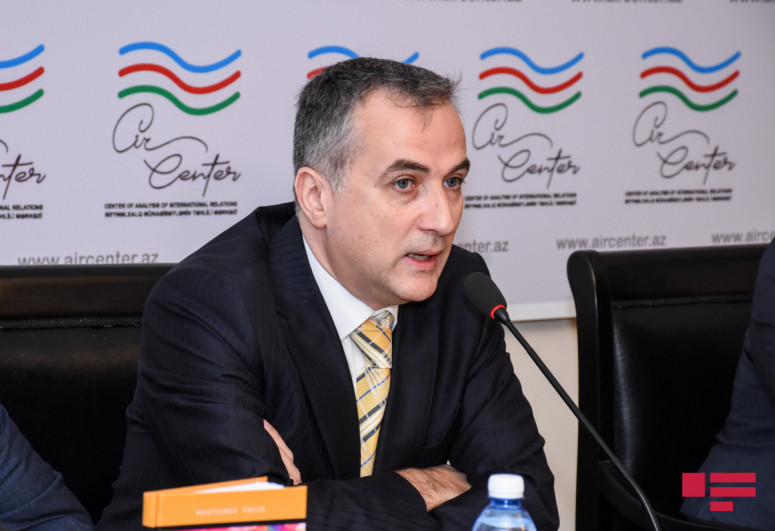