Israeli Ambassador to Azerbaijan: “Israel and Azerbaijan closely cooperate in the fight against terrorism" 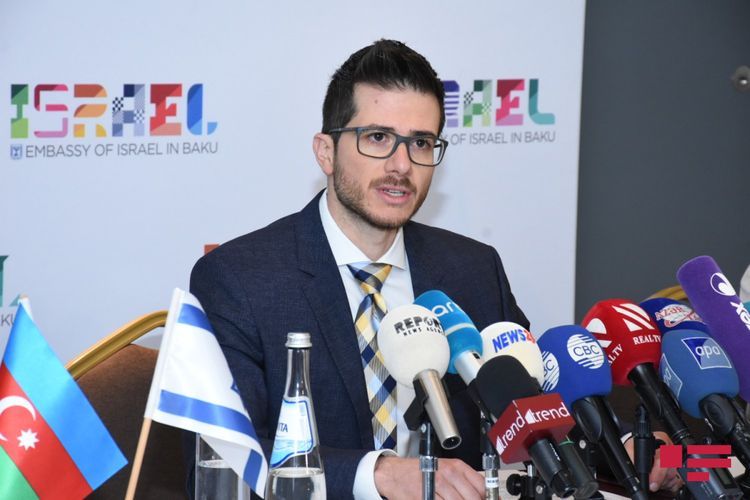 George Deek noted that Azerbaijan will be represented by a pavilion at the international tourism exhibition that was going to be held in Israel in the next month: “The delegation from Azerbaijan will also participate in the event dedicated to cyber technologies that will be held in Israel in the next week. The Israeli innovations and technologies are used in Azerbaijan’s agriculture sector. I will do my best to strengthen relations between the two countries”.