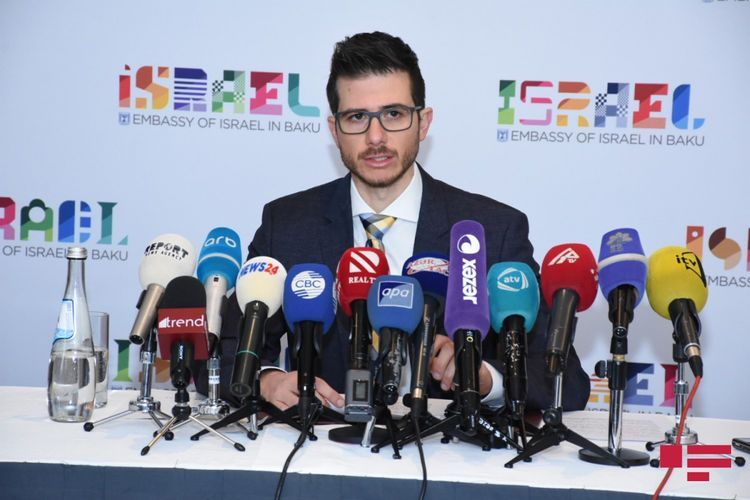 “Israeli citizens have not been warned on not to visit Azerbaijan by the Ministry of Foreign Affairs of Israel. On the contrary, Israeli MFA calls on citizens to travel Azerbaijan”, Israeli ambassador to Azerbaijan George Deek said at a press conference today, APA reports.

According to the Ambassador, Israeli MFA warns its citizens, living in several countries in some cases and it is mostly related to security.

“Azerbaijan borders Iran to the South. Iran calls on to destroy Israel. MFA of Israel informs our citizens about this,” the ambassador stressed.

George Deek noted that Israel highly appreciates the contribution of Azerbaijan to the fight against Nazism in the Second World War: “Israel and Azerbaijan share the same opinion that the world is a place free from violence and terrorism.”