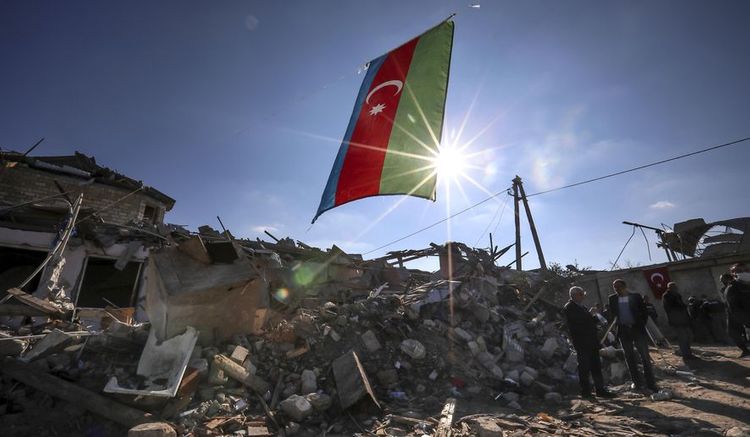 An article by the Minister of Foreign Affairs of the Republic of Azerbaijan Jeyhun Bayramov entitled "Nagorno-Karabakh is part of Azerbaijan. On that basis, war with Armenia can be ended" was published on the Washington Times, APA reports.

The article is presented below:

"During the night of Oct. 16, Armenian Scud missiles were launched on Azerbaijan’s second city, Ganja. Conducted under darkness, with no prior warning to allow for evacuation, the attack targeted homes and innocent families. Fourteen civilians lost their lives; another 40 were seriously injured.

This second attack could have been the third. Last week, military intelligence reported an Armenian missile battery moving to the border with Azerbaijan to strike the city. Requiring special authorization from the Armenian defense ministry, the planned attack — like the last — could only come via direct orders from the country’s leadership.

There was no option but to destroy the missile battery. However, there is a difference between striking a military installation on the one hand, and purposely targeting innocent civilians with long-range Scuds on the other. Ganja is 60 km from occupied Nagorno-Karabakh, the reason for our return to war.

There is also a difference between the reporting of this conflict and what it really is. It has been called a border dispute; even, as some wish it to be, a proxy war for competing for global powers. As a matter of fact, this is a war in Azerbaijan’s territory. It has been triggered by Armenia’s invasion and more than the two-decade-long occupation of Nagorno-Karabakh and its seven surrounding territories. With the repeated targeting of Ganja, it now extends to Azerbaijani territory, which is not — and never has been — a conflict zone.

Since the 1988-94 war that resulted in the illegal occupation of 20% of Azerbaijan, my country has negotiated for nearly 30 years for its peaceful return. It is disappointing that the international community has adopted an attitude close to the appeasement of the occupier by failing to enforce the rule of international law.

There is no future for a second Armenia — the so-called ‘Republic’ of Nagorno- Karabakh — within the internationally designated borders of Azerbaijan. This is a fact, not an opinion: It has been enshrined in international law through four successive United Nations Security Council resolutions.

From the United States to Russia, even Armenia itself — every country recognizes the legality of Azerbaijan’s territorial integrity, and Nagorno-Karabakh’s indissoluble place within it. Moreover, Azerbaijan has repeatedly stated its commitment to grant Nagorno-Karabakh the highest possible autonomy once and when peace is achieved."