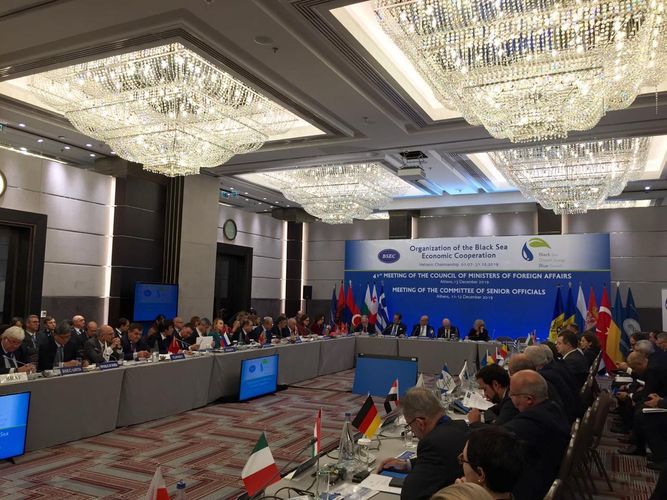 The draft documents that had been considered within the organization for a long time and were related to economic cooperation were also discussed at the meeting, but due to the non-constructive attitude of the Armenian side and ignorance of norms of international law by the Armenian side those documents couldn’t be adopted again and therefore this aroused discontent of the member countries.

While his speech Head of Azerbaijani Delegation noted Azerbaijan is interested in productive and project-oriented activity in the organization and significance of the activity, targeted to concrete results. He also sounded Azerbaijan carries out several projects in the field of relations in the region and has great opportunities in this field, and the BSEC region can benefit from Azerbaijan’s potential. Deputy Minister highlighted that conflicts, of which resolution has been extended, make barriers for the development of cooperation, affects cooperation within BSEC, and invader of Azerbaijani territories Armenia isolate itself from regional projects.

It should be noted that Azerbaijan chaired the organization in 2018 and organized its activity on the bases of projects in the field of relations.