Minister: “Dialogue to be held between Azerbaijan and European Union on security issues” 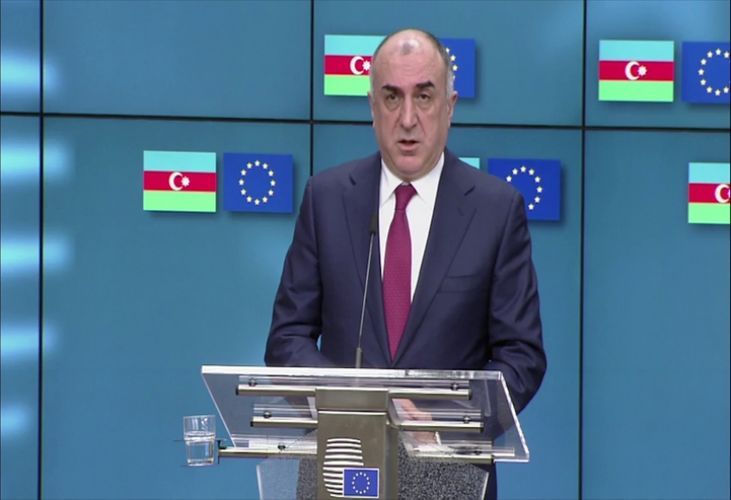 "Dialogue on security issues will be conducted between Azerbaijan and European Union," Elmar Mammadyarov, Azerbaijan’s Minister of Foreign Affairs said at the joint press conference held following the meeting with his Latvian colleague Edgar Rinkevics in Riga city, APA reports.

According to him, dialogue is planned to be held in Baku next week: “Extensive consultations on the various issues related to security will be held within the framework of the dialogue.”

The head of Azerbaijani MFA expressed gratitude to Latvia for supporting Azerbaijan’s rightful position regarding the Nagorno Garabagh conflict.

E. Mammadyarov spoke about the necessity for further development of Azerbaijani-Latvian relations, touched upon the importance of cooperation between the two countries in economic, cultural, scientific and other fields.