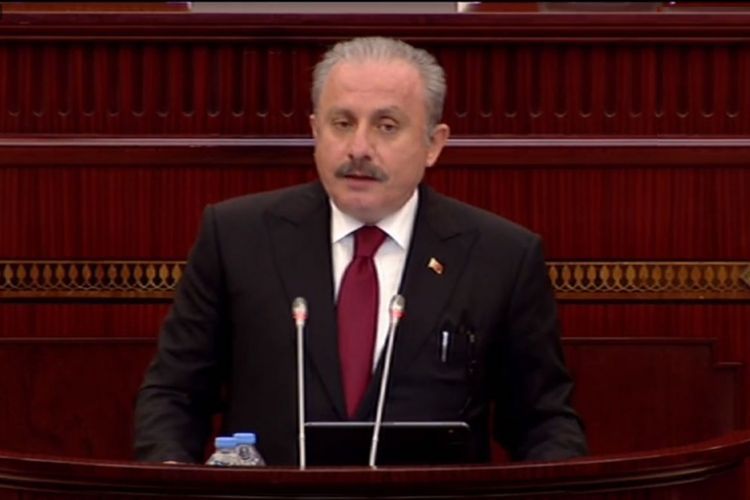 Unless truth and justice do not prevail, there will be no resolution to the Garabagh problem, said the speaker of Turkish Grand National Assembly Mustafa Shentop in his speech at the meeting of Milli Majlis held today, APA reports.

Chairman of TGNA noted that those who intend to increase their influence in the region without finding a solution to this issue will also burn one day: "The Armenian army must withdraw from the occupied territories of Azerbaijan. There is no other solution to the problem. Those who support Armenia should know that they cannot continue it in the Caucasus. Armenia should also know that its big brothers will not support them until the end. Eventually, they will be forced to live alone with their neighbors. According to Erdogan, Azerbaijan does not have the patience to wait another 30 years. International organizations are already obliged to implement their decisions. Armenia ignored UN resolutions. So far, the OSCE Minsk Group has shown no real will to solve the problem. One of the co-chairs even accused Turkey and Azerbaijan of carrying out a terrorist attack on Armenia. If this is the case, the Minsk Group's brain death has already taken place."