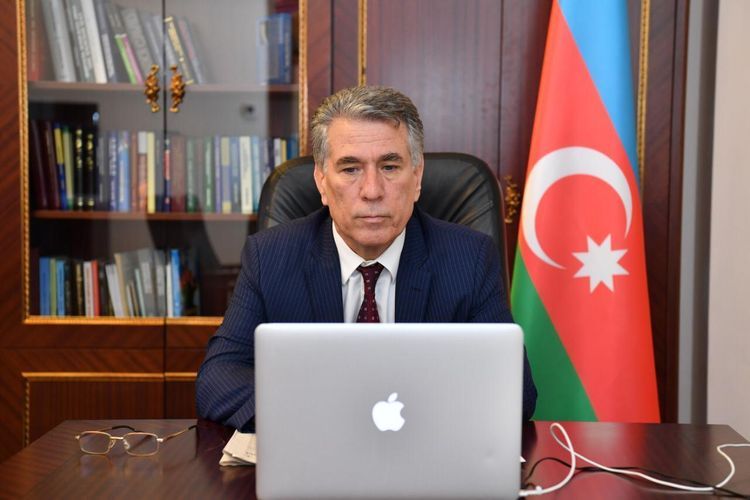 The Defence and Security Committee (DSC) of the NATO Parliamentary Assembly has organized a meeting through videoconference, APA reports.

The agenda of the online meeting, which was attended by representatives of member States and associate members, included issues related to Russia and the Western Balkans.

The participants heard two draft reports by French senator Cédric Perrin on Russian military modernization and French MP Jean-Charles Larsonneur on the remaining barriers to enduring peace and stability in the Western Balkans.

In his remarks, Asgarov highlighted Azerbaijan's contribution to preventing the spread of the COVID-19 pandemic in the world. He noted that since the beginning of the pandemic, Azerbaijan has taken the necessary initiatives and taken viable steps to strengthen international solidarity in the fight against coronavirus both at the regional and global levels.

Ziyafat Asgarov stressed that Azerbaijan had donated $10 million to the World Health Organization and provided humanitarian and financial assistance to more than 30 countries in order to combat the COVID-19 pandemic.

“The government of Azerbaijan has decided to donate $5 million in voluntary financial aid to the "COVID-19 appeal" fund as part of the Strategic Preparedness and Response Plan (SPRP) of the World Health Organization (WHO) aiming to contribute to global efforts to contain coronavirus outbreak,” he said.

“As an example of global solidarity, President Ilham Aliyev suggested in his remarks at the Non-Aligned Movement's online summit that a special video conference of the UN General Assembly be held to combat the pandemic. The proposal was supported by more than 120 non-aligned countries. After that, the chairman of the Non-Aligned Movement and President of Azerbaijan Ilham Aliyev sent an appeal to UN Secretary-General Antonio Guterres on behalf of the Non-Aligned Movement with a proposal to hold a special session of the UN General Assembly at the level of heads of state and government in the format of a video conference,” Asgarov said.

“UN Secretary-General Antonio Guterres expressed his gratitude to President Ilham Aliyev for the initiative of holding a special session in response to COVID-19. President of the 74th Session of the United Nations General Assembly (UN GA) Tijjani Muhammad Bande has also highly appreciated this initiative,” he added.