Official representative of Turkish Presidential Administration: “Azerbaijan is the best mediator between Turkey and Russia” - INTERVIEW 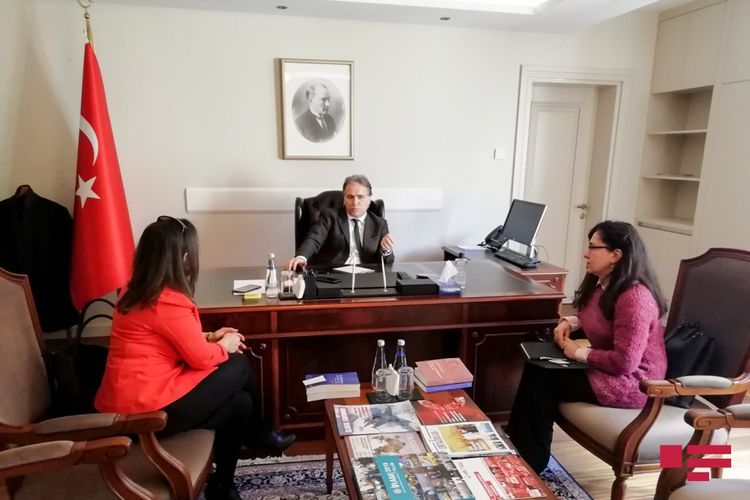 Interview with APA of Professor Ismayil Safi, member of the Security and foreign policy affairs agency of Turkish Presidential Administration.

- You are a member of the Security and foreign policy affairs agency of Turkish Presidential Administration since 2018. What is your main obligation in this agency?

- All topical issues are comprehensively discussed within the agency. And then the final decision is adopted by approval of Turkish President Mr. Recep Tayyip Erdogan. I am more engaged in the issues related to the Turkic world and Eurasia problems. This task has been assigned to me by my own initiative. I think everybody can do more useful works in the area which he (she) knows well.

- In the forthcoming days, the visit of the Turkish President to Azerbaijan is expected. How do you evaluate the Azerbaijani-Turkish relations?

- Firstly I would like to state that my relations with Azerbaijan started in 1990-ies. I am one of the 75 persons who established the ruling Justice and Development Party (JDP). During the period of 5 years, I worked in the position of Deputy Head of Foreign Relations Department of JDP. While some of my friends interested mostly in Europe, America and the Middle East, I gave preference to the Turkic world, especially the activity related to Azerbaijan. I perform with great pleasure my activity related to Azerbaijan. In other words this does not only bear a working character for me. The organization of a number of significant events held in Baku and Antalya and related to the Turkic world was assigned to me. The brotherhood of Turkey and Azerbaijan lies at the heart of these honorable works. There is no a second similar case in the world when two different states have such brotherly and warm relations and carry the same ideas. The language and the traditions and customs of the Turkish and Azerbaijani peoples are identical. There is not such a great difference between our thoughts. The further maintenance of Azerbaijan-Turkey brotherhood along with being an official responsibility for me, is also a spiritual obligation in terms of implementation of our common dreams, ideas and actions. These relations are being continued and further developed at the level of both governmental and non-governmental organizations.

- How do you see the way of solution of Armenia-Azerbaijan Nagorno Garabagh conflict?

- I have visited Azerbaijan many times. We have held the conferences dedicated to 20 January tragedy and Khojaly massacre in both Turkey and 4 other countries. The Azerbaijani President Ilham Aliyev once again clearly told to the Armenian Prime Minister that “Nagorno Garabagh belongs to Azerbaijan and Exclamation Mark”. This is also confirmed by the documents adopted by the United Nations Organization and the well-known European organizations. But Pashinyan plays the hypocrite and says there is no the Armenian troops on the occupied Azerbaijani lands. I think in the Nagorno Garabagh problem, the time is on our side. We do what is rightful. At every turn, both Turkey and Azerbaijan state without making any compromise that Nagorno Garabagh is an Azerbaijani land. Approximately 6-7 years ago I in the capacity of member of the Turkish Parliament and head of the Parliamentary Assembly of the Black Sea Economic Cooperation Organization, visited Yerevan City. And Asef Hajiyev was the head of the Azerbaijani delegation. We held a press conference there. Many questions were asked to Mr. Asef and me. Most questions were related to Turkey-Armenia relations including the reason of non-opening of borders with Armenia by Turkey. The Armenians conduct the occupational policy and at the same time accuse others. It is a very strange judgment. The animosity against Turks has assumed a chronic disease character. I also would like to note that I witnessed people’s disappointment in Armenia. In the South Caucasian region, Yerevan is the most lagging city among the capital cities. And its population lives in extreme poverty. This situation will cost very dearly to Armenia. We have sustained countless numbers of martyrs but we haven’t born so much malice to them and we have always been kindly disposed. It is very regretful that we have forgotten so many calamities happened to the Turkish people. Of course such a forgetfulness is not a good case. The legendary leader of Bosnia and Herzegovina Alia Izzetbegovich said people shouldn’t forget genocide because the forgotten genocide is repeated. In this issue, Turkey is even more forgetful than Azerbaijan. In response to your question I would like to note that those lands unconditionally belong to Azerbaijan. Simply, the conditions should be created so that the Armenians living there could continue to stay there in the future.

- The number of countries recognizing the so-called “Armenian genocide” is increasingly growing. Recently, the Syrian parliament recognized the so-called “Armenian genocide”. As you have also mentioned a moment ago, Turks have been exposed to multiple massacres throughout history. But for some reason, we are hanging behind in the area of information war. What is the reason of such lagging in your opinion?

- Yes, indeed we should confess that the situation in the area of informational propaganda is not quite good. The Armenians occupied the eternal lands of the brotherly Azerbaijan, and committed massacre in Khojaly in the recent history. And after all these events, they appear to be rightful, and we become wrong. They create such an impression as if they were not oppressors but they were the oppressed ones. All these are a portrayal created by their unfair propaganda. The media and other areas in Russia, America and Europe are in their hands. They even have the potential to influence our media and our people. They work night and day in every part of the world in order to inflict their lies.

- The contacts between Turkey and Russia regarding the Idlib issue are being continued in recent days. What is your expectation from these negotiations?

- I have always given preference to expansion of scientific cooperation with Russia. Our activities in this area are promising because the way out for Turkey is to raise the level of science and education. It is regretful that Turkey has been lagging behind in the area of science for the last 200 years. A number of committees are functioning under Russia-Turkey High-Level Cooperation Council. One of them is the Science and education committee. Turkey’s 20 universities are the members of this committee. The joint meeting of rectors of the Russian and Turkish universities will be held at Altinbas University in Istanbul on February 28. The exchange of ideas will be held in the area of science, education and technology innovations. I think Azerbaijan is the best mediator between Turkey and Russia. So to speak, Azerbaijan plays the role of door between Turkey and Russia.

Due to my engagement in Eurasian issues, I usually have many contacts with Russia. The Islamic World Association established with the Russian President’s support has been functioning since 2006. I as the representative of the Turkish side coordinating these activities consider as satisfactory the works done by the Islamic World Association. In Russia, the Turkic and Islamic community covers a very large territory in geographical terms. We meet them regularly. The last time we came together in Ufa City 3 months ago. In 2018, we organized the congress of the Russian and Turkic peoples in Moscow. Just imagine, the high-level representatives and muftis of Kazakhs, the Kirghiz, Uzbeks, Tatars, the Chuvashes and other Turkic peoples came together. We held the similar event earlier, in 2015 as well. In 2015, the well-known plane incident occurred between Russia and Turkey. Despite of the cold relations between the two countries, we managed to organize this congress.

- Quite honestly, no state leader would ever spend his time on social networks. I don’t know how the US President Donald Trump manages to do this. Of course, our President also has accounts on social networks. His speeches are disseminated on “Twitter” in Turkish, English and even Arabic languages. I think this work is implemented successfully. 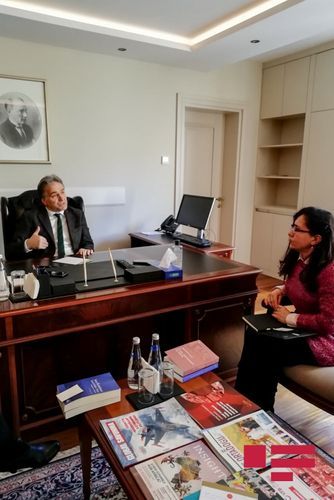 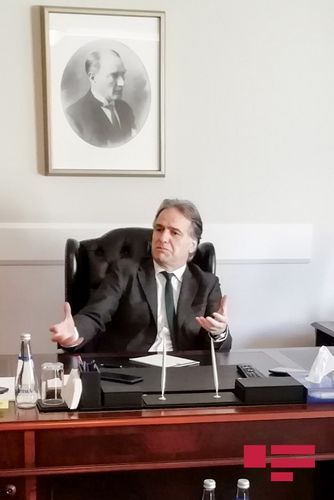 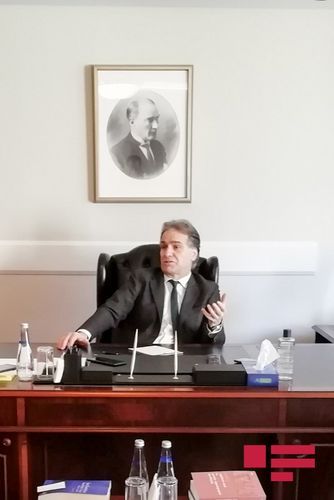 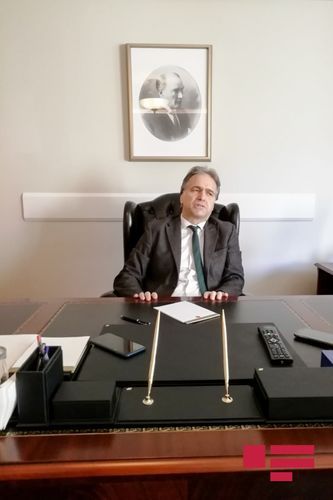